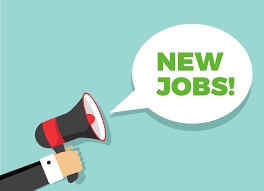 Government data hints at India’s economy getting back on track. Around 7.43 lakh jobs were added in May, according to the Employees’ Provident Fund Organisation (EPFO) data, based on payroll count.

EPFO is responsible for social security funds of workers in the organised and semi-organised sectors, with six crore members and active contributors.

The payroll count is ideally the difference between the number of workers who joined and exited from EPFO’s fold, and as such, is the net addition to jobs. Although the report offers a varied perspective on the levels of employment in the formal sector, it does not measure employment at a holistic level.

The data also showed that 5.68 lakh new subscribers were added in May–September under the Pension Fund Regulatory and Development Authority’s National Pension Scheme. Out of these, 56,336 new members were added to the scheme in May.

Similarly, 12.75 lakh subscribers were added to the Employment State Insurance (ESIC) scheme during May. ESIC is an integrated social security plan designed to provide social protection to workers and their dependents, in the organised sector, in contingencies—such as sickness, maternity, and death or disablement due to an employment injury.

As far as EPFO data is concerned, excluding the 18–25 age group, additions in the higher age groups may also suggest a greater formalisation of the economy. The payroll database by EPFO covers firms employing over 20 workers, which are required to mandatorily make provident fund contributions at present.

TCS to hire in agile way based on demand

Perks under GST: Exemptions up to Rs 50K per year