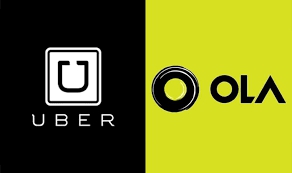 Ola and Uber have begun focussing on profits and cutting costs

Ola and Uber, the two cab aggregators in India, have been recently focusing on cutting costs and reducing subsidies. This has led to reduction in the monthly income of their drivers by 33 per cent in the last one year. The report by Red Seer found that the average income of these drivers decreased to Rs 21000 per month in Q2 of 2017, from Rs 31000–32000 in Q2 of 2016. While this average income includes incentives, it does not include the EMIs on their vehicles.

Earlier, the two companies focussed on increasing the number of drivers and offered them incentives in the form of multiple perks and subsidies. But the increasing expenses have led these companies to cut costs, reduce subsidies and focus on profits. As a result, subsidies have dropped by 60 per cent for the review period.

Despite strong protests by drivers, the cab aggregators are continuously reducing the inducements and subsidies. Bengaluru and Delhi have seen the largest drop in Q2 of 2017. As per the report, the take-home income has fallen by 33 per cent in the quarter under review.

Earlier, the drivers earned Rs 20000 per month. But as the cab aggregators began their operations in India, they started getting Rs 30000–40000. Further, with business expansion, the drivers received heavy incentives and started making Rs 1 lakh or above every month. However, as these incentives got rationalised, they started getting Rs 30000 to 50000.

These cab aggregators began focussing on their margins and reduced the subsidies further. Ola’s burn came down by half in comparison to the previous year, at $20–25 million. Uber’s burn also fell to $30 million.

These reductions have deteriorated the condition of the drivers, who are unable to pay the monthly instalments of their vehicle loans. Some banks are reluctant to grant new loans to these drivers, fearing default.

Consumers are also affected by the companies’ aggressive pricing strategy, which is fixated on making profits.