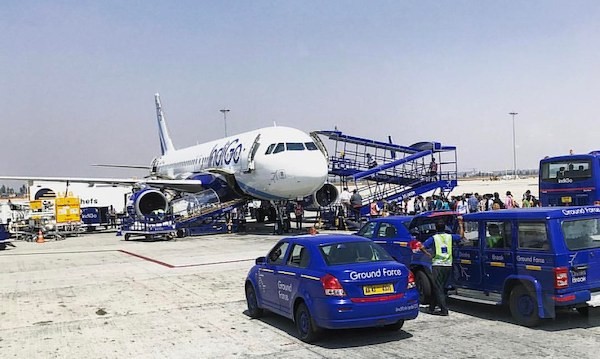 India’s budget carrier, IndiGo, has instituted pay cuts up to 25 per cent for all employees, starting from April 1, 2020. All employees will face salary cuts, including that of the CEO, Ronojoy Dutta.

The step was taken after a few global airlines initiated similar steps, earlier this month,  after the coronavirus crisis crippling the aviation sector across the world.

Recently, GoAir, also a budget carrier, has already terminated the contracts of its expat pilots, and suspended international flights. It has offered leave without pay to its staff in rotation.

“We know how hard it is for families to take a cut in take-home pay,” wrote Dutta in his mail to the staff.

HRKatha spoke to Raj Raghavan, senior vice president & head-human resource, IndiGo, about this extreme situation and how they are dealing with employees and the current scenario. In Raghavan’s own words, “As a company, our basics are very strong. We have continuously outperformed year after year. These extraordinary situations are transgressing geographies and regions, and the impact is being felt. But we are very optimistic about the future and are focused on our employees and customers. We hope to tackle this storm sooner or later.”

Indigo has taken this step to ensure that it does not run out of money. “The financial impact of the virus is not in our hands. We are doing everything possible to turn things around. Our employees are with us on this journey,” asserts Raghavan.

“As a company, our basics are very strong. We have continuously outperformed year after year. These extraordinary situations are transgressing geographies and regions, and the impact is being felt. But we are very optimistic about the future and are focused on our employees and customers. We hope to tackle this storm sooner or later.”

IndiGo spent Rs 3,210 crore on salaries in the financial year that ended March 31,2019 and Rs 2,285 crore in the nine months ended December 31, 2019. Salaries account for 10-11 per cent of the Airline’s total expenses. IndiGo had cash reserves of Rs 20,068 crore on its books as of December 31, higher than the cash reserves of most Indian airlines put together. The carrier flies close to half of the Indian domestic air passengers.

Similar pay cuts or salary freezes can be expected in other airlines as well. Dutta follows in the footsteps of leaders at several global airlines who are taking and implementing pay cuts.

IndiGo has already suspended close to 70 per cent of its international operations and is cancelling domestic flights every day. It isn’t clear whether it will defer aircraft deliveries. A person in the know said an aircraft was supposed to be delivered this week from a French aircraft maker.

The coronavirus pandemic has had maximum effect on the aviation sector across the globe, as most airlines have had to stop operations owing to many countries sealing their borders.

Air India, which has already been incurring losses, is also considering cutting five per cent of its employees’ pay, as almost all its international flights have been grounded, except for those to the US, Canada and a few other destinations.