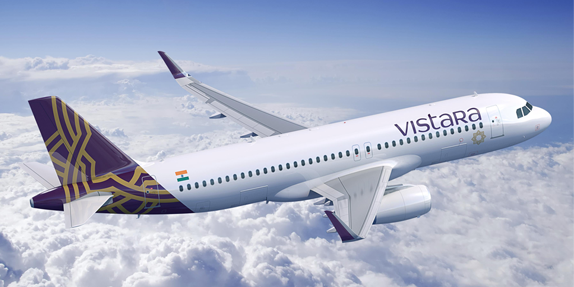 Vistara will continue to go forward with pay cuts for its staff until March, while the three-day leave without pay for its pilots will be waived January 1 onwards.

The salaries for the pilots will be reduced by 10 per cent, but their base monthly flying allowance will be increased from the prevailing 20 hours to 40 hours. The international carrier is a joint venture of the Tata Group and Singapore Airlines, which had announced the pay cuts earlier, on June 30, to be effective till December 31. The decision affected around 40 per cent of Vistara’s workforce, even as the passenger count dwindled.

The pilots were getting their base flying allowance since April, fixed at 70 hours, which was earlier reduced to 20 hours. In September 2020, the three-day leave-without-pay policy for pilots was also implemented.

Earlier in December 2020, the Civil Aviation Ministry allowed Vistara to increase its capacity from 70 per cent to 80 per cent for its domestic flights. Domestic flight numbers continue to remain low with a slight hike in numbers only in October last year.