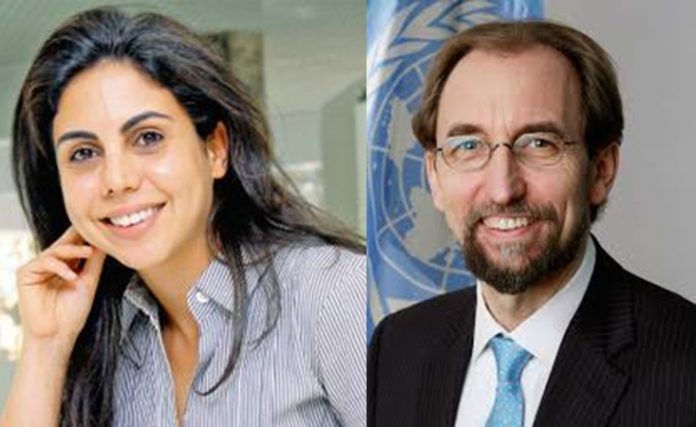 The Company launched the Standards of Conduct aimed at ensuring diversity and inclusion at the workplace and tackling the issue of discrimination against the LGBTI community.

The Office of the United Nations High Commissioner for Human Rights and Godrej Industries launched a unique set of global corporate standards to support the business community in tackling the issue of discrimination against lesbian, gay, bi, trans and intersex (LGBTI) people, at the Godrej headquarters in Mumbai, yesterday.

Godrej champions diversity and inclusion as part of its core values and is among the few companies in India to introduce LGBTI-favourable policies at the workplace. The Standards of Conduct build on the United Nations Guiding Principles on Business and Human Rights, adopted by the United Nations Human Rights Council in 2011.

They are the product of a year-long process of consultations facilitated by the United Nations Human Rights Office and the Institute for Human Rights and Business, including regional meetings with leading business representatives in Asia, Africa, Europe and the Americas. Godrej was one of the companies consulted to research these guidelines in India, and has supported the framework since its inception.

Addressing an audience of 100 business and HR leaders from companies, such as Hindustan Unilever, Procter & Gamble, Tata Sons, Accenture, SAP, Ikea, Intuit, Mahindra & Mahindra, Aditya Birla Group, Nomura, Adidas, Deutsche Bank and Marico, Nisaba Godrej, executive chairperson, Godrej Consumer Products, said, “Diversity and inclusion are very important to us at Godrej, and it is a matter of great pride and honour for us to partner with the United Nations in launching these corporate standards. We are optimistic that many other leading companies in India will also use this platform to encourage dialogue and discourse, and bring in more inclusivity in their people processes and culture going forward.”

Ahead of the launch, the United Nations High Commissioner for Human Rights, Zeid Ra’ad Al Hussein expressed hope that the Indian private sector would be a “catalyst for change” on these issues. “The Indian private sector can take a leadership role in ensuring that their LGBTI employees experience dignity and opportunity in the workplace and beyond. When companies take action to end discrimination at work and support LGBTI communities, the ripple effects of such action can have a huge, positive impact in society,” he said.

The Corporate Standards of Conduct on Tackling Discrimination against the LGBTI community was launched by Fabrice Houdart, Human Rights Officer, Office of the United Nations High Commissioner for Human Rights.

Houdart said the UN had chosen to launch the standards in Mumbai because of the city’s status as a growing global business hub. He thanked Godrej for its support for the new standards – including hosting the first round of consultations with businesses and activists in 2016.

The event was concluded with a message from Farhan Akhtar (actor and filmmaker), who shared his support for the United Nations standards and urged companies to commit to creating unbiased and equal workplaces. He added, “I am so glad to see how many companies in India are coming forward to embrace LGBT inclusive policies. I hope that this UN standards release will further propel this movement forward.”

Godrej also hosted a pre-event discussion with 20 attending Diversity & Inclusion leaders to share best practices and what they can do to build more inclusive cultures.The five standards highlighted in the Corporate Standards of Conduct on Tackling Discrimination against LGBTI people are:
• RESPECT the human rights of their LGBTI workers, customers and members of the public
• ELIMINATE workplace discrimination against LGBTI employees
• SUPPORT LGBTI employees at work
• PREVENT discrimination and related abuses against LGBTI customers, suppliers and distributors – and insist that suppliers do the same
• STAND UP for the human rights of LGBTI people in the communities where companies do business.

Google lifts social distancing and testing mandates for US employees