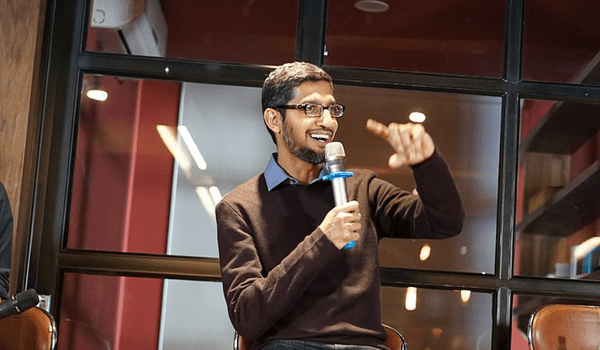 Google parent Alphabet has approved a new equity award for its chief executive officer, Sundar Pichai, that ties more of his pay to performance. As per a report by Reuters, in a meeting on Wednesday, the board also said that they recognise the CEO’s “strong performance.”

Reportedly, Google also said that a sizable amount of the award’s vesting will be based on Alphabet’s total shareholder return in comparison to other S&P 100 businesses.

According to the corporation, the performance stock units (PSUs) were raised from 40 per cent to 60 per cent in 2019 along with an increase in the payout’s performance requirements. Pichai, who is given an equity award every three years, was granted two tranches of PSUs with a target value of $63 million each.

Furthermore, he was also given a grant of $84 million in the form of Alphabet’s restricted stock units.

As per a statement from Alphabet in 2019, if Sundar Pichai meets all of his performance goals over the following three years, he would also get $240 million in stock awards as well as a $2 million yearly compensation starting in 2020.

Pichai joined Google in 2004 and worked to direct the creation of the Google Toolbar and then Google Chrome, which eventually rose to become the most widely used internet browser on the planet. He was appointed CEO of Google in August 2015. In July 2017, he joined the board of directors of Alphabet, the parent company of Google.

Surprisingly, while the bonuses of the CEOs of the top-10 tech firms increased by 400 per cent between 2020 and 2021 due to the pandemic,  Google CEO Sundar Pichai’s incentives decreased by 14 per cent over the same time period.

Quantiphi rolls out FlexiWork policy, gears up for hybrid mode

Nasscom expects India’s IT sector to grow by 7.7%