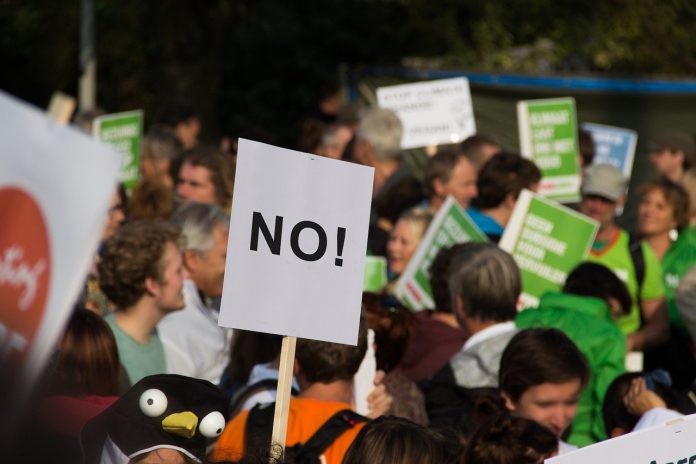 On 22 November, Friday, around 200 employees staged a protest against Google’s alleged attempts to silence the workforce. The American multinational technology company recently sent two of its employees on leave for violating the Company’s policies.

The employees in question, Rebecca Rivers and Laurence Berland, were charged with accessing sensitive documents and monitoring employees’ calendar events.

The protestors carried signs saying, ‘Shame on Google’, ‘Bring them back’, and so on.

The Company has stated that it has clear policies on appropriate conduct at work, and the issue had given rise to a number of concerns.

The employees, on the other hand, claim that the documents accessed were not sensitive and monitoring employees’ calendars was not in violation of any policy.  They view this as an attack on the Company’s accountability and transparency towards its employees. Claiming that it was unjust on the part of the Company to punish the employees for alleged workplace activism, the protestors are demanding the reinstatement of the two employees sent on leave.

This fresh wave of protests comes in the wake of continued activism by employees in response to decisions taken by the organisation in the past couple of months. Last week, the Company had discontinued the weekly TGIF all-hands meetings along with the monthly meetings to focus on product launches. The Company felt such meetings were leading to media leaks and had to be stopped.

In October, workers discovered a monitoring tool installed in their systems that kept track of employees preparing to gather in large numbers. Earlier, in August too, the employees had protested when community guidelines were issued on workplace behaviour, that barred discussion of any topic unrelated to work.