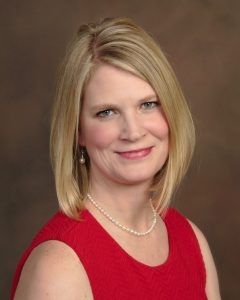 This shows the growing importance of diversity in businesses.

On February 11, Microsoft announced the appointment of Lindsay-Rae McIntyre as chief diversity officer. McIntyre was to implement and drive a multitude of existing cross-company initiatives, to further Microsoft’s progress in building a diverse and inclusive culture. In addition to leading Microsoft’s efforts internally, McIntyre’s job was also to play a key role in building partnerships and working with leading organisations outside of Microsoft, to help advance diversity and inclusion in the tech sector on the whole.

She had moved from International Business Machines Corp (IBM) after spending two decades there.

This appointment did not go well with IBM, and a day later, on February 12, it filed a lawsuit against McIntyre. It wants the one-year non-competition agreement to be enforced to prevent McIntyre from joining Microsoft.

IBM’s claim is that McIntyre possesses loads of confidential data and information on diversity, strategies and initiatives, which can cause ‘real and immediate competitive harm’ if she’s allowed to move immediately to Microsoft.

Such loggerheads are common in cases of poaching of key talent in the technology or core business function. But this is for the first time that an appointment of a diversity officer has ruffled the wrong feathers, showing the growing importance of diversity in businesses.

In an official statement, IBM says, “McIntyre was at the centre of a highly confidential and competitively sensitive information that has fuelled IBM’s success in diversity and inclusion.”

“While we understand Microsoft’s need to deal with mounting criticism of its record on diversity, IBM intends to fully enforce Ms McIntyre’s non-compete agreement to protect our competitive information.”

McIntyre’s attorneys argue that IBM is wrongly seeking to enforce an ‘overbroad’ non-competition clause against an employee who has taken no confidential information.

“IBM surprisingly seeks a draconian temporary restraining order and preliminary injunction to prevent McIntyre from working for an entire year, in any position, anywhere in the world, for any company IBM deems to be a ‘competitor’ in any dimension,” her attorneys said.

McIntyre’s lawyers also said that IBM’s diversity-related trade secrets weren’t valuable to Microsoft and she wouldn’t be able to use them in her new role.

Also, there is a ‘growing trend of transparency’ in the technology industry regarding diversity initiatives, with most companies publicly releasing information in order to attract candidates.

Besides, her attorneys stated that McIntyre was mother of three young children and the primary earner in her household. She sought and accepted the Microsoft role partially because it would allow her to relocate her family from New York to Washington, which is a few hours from her parents and other relatives.

US District Judge Vincent L Briccetti temporarily barred McIntyre from moving to Microsoft over her attorneys’ objections and scheduled a conference for February 22.