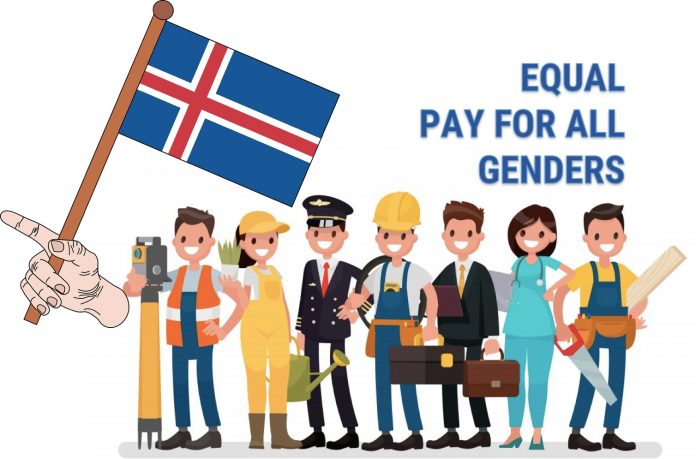 It is the first country in the world to make it illegal for organisations to pay women lesser than men.

On International Women’s Day, March 8 last year, a law was announced in Iceland, which has just come into effect, starting this year, making it the first country in the world to have mandated gender pay parity as per law.

Under the legislation, businesses with more than 25 employees, in this Nordic island nation, will now have to receive official government certification to prove their equal-pay policies. That said, the law also states that the companies or government agencies which fail to demonstrate equal pay between staff will risk fines.

Dagny Osk Aradottir Pind, a board member of the Icelandic Women’s Rights Association told the media that the law would help to end the gender pay gap, which the Icelandic government hopes to eradicate totally by 2020. According to her, it’s a mechanism to ensure that women and men are paid equally.

She also elaborated that despite there being a legislation saying that pay should be equal for men and women, for decades now they have had a pay gap. However, now people are starting to realise that this is a systematic problem that needs to be tackled with new methods. She also raised a valid point saying that the passing of the law is proof that the legislation that existed years ago wasn’t enough to sort out the issue of gender pay gap, and there was more that needed to be done about it.

Despite its small population of only 330,000 people, Iceland has a long and proud record of encouraging women’s rights. In 1975, one fifth of the country’s women population took to the streets of the capital, Reykjavik, to protest the violation of women’s rights. 90 per cent of women took part in professional and domestic strikes on the same day, to prove the worth of women.

The unprecedented day of protest brought the nation to a standstill and paved the way for future gender equality wins. This was followed by the forming of an all-women political party and by 1999, over one-third of Icelandic MPs were women!

Following last year’s national election, Iceland became the “most equal parliament in the world” after women candidates won 48 per cent of the country’s 63 seats — without any quota system in place. In Australia, by contrast, women MPs make up 32 per cent of the parliament.

In 2000, Iceland had also introduced a path-breaking parental leave policy, leading to its ranking as the best country in the world for gender equality by the World Economic Forum, for nine consecutive years.

According to the 2017 World Economic Forum report, the top five countries for gender equality are Iceland, Norway, Finland, Rwanda and Sweden.