HRK News Bureau - November 26, 2021
0
An ex-employee of Sony Playstation has charged her former employer with a gender discrimination lawsuit and wrongful termination. Emma Majo, who worked as an...

HRK News Bureau - February 2, 2021
0
A compliance audit a few years ago had brought to light that Google had been underpaying its women employees and was discriminating against Asians...

HRK News Bureau - December 16, 2020
0
Pinterest settled a gender discrimination case with Francoise Brougher, its former COO, for $20 million. Brougher had alleged that she was fired because she...

Just do it: Nike women force top male executives out of...

At Nike, Women were made to feel ostracised in meetings, were passed over for promotions, and were forced to deal with a blunted career path.

Attorneys are attempting to turn this into a class action lawsuit, covering over 8,000 women.

It is the first country in the world to make it illegal for organisations to pay women lesser than men. 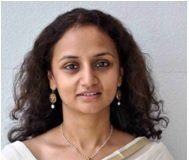 Globally, Uber has been under lots of criticism in terms of people management especially on sexual harassments and gender discrimination. Reddy will have a tough task as the new chief people officer for India and South Asia.

Gender pay gap is smallest among young and early-career workers, growing steadily with age into mid- and late career.