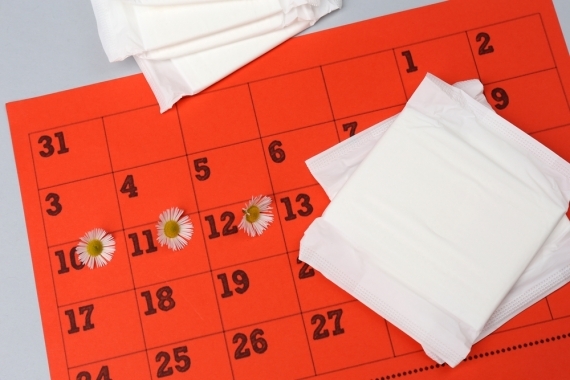 One of the Lok Sabha Members of Parliament from Arunachal Pradesh, Ninong Ering, has just moved a private member’s bill—the Menstruation Benefit Bill, 2017—proposing two days of paid menstrual leave every month for women working in the public and private sectors. The Bill also seeks to provide better facilities for rest at the workplace during menstruation, which sounds fair. However, two days of paid leave every month is sure to strike a debate not just in the Parliament but across organisations as well.

Ering, 59, represents the Congress in the Lok Sabha, and has managed to trigger a debate on the issue within his own party as well. He has also left the businesses wondering if there is any real benefit in offering the two-day paid leave. In fact, senior industry leaders are of the view that this could go against gender equality and women’s empowerment in the workplace. It could rather lead women towards failure than help them in their professional lives.

Saba Adil, chief people officer, ?Aegon Life Insurance, is of the view that instead of supporting women, it’ll pull them down in various ways. Being unavailable for work for two long days will go against the idea of equality at the workplace, when most organisations look at optimum utilisation of resources.

It will not only become a de-selection criterion for women in hiring processes, but will also be extremely difficult to execute.

“It will not only become a de-selection criterion for women in hiring processes, but will also be extremely difficult to execute as it will impact the work flow for most organisations that work in resource crunch,” Adil says.

Earlier, last year, a few organisations introduced a ‘first day of period leave’. Culture Machine, a media company, introduced one-day menstrual leave a month for women working in the company, while Gozpoop, another media company also introduced a menstrual leave. However, the move had also led to debates, with experts saying it could do more harm than good to women in the workplace. HRKatha had then asked a few HR leaders if it was a pro-women move, and most said that it was more of an exclusive move than an inclusive one.

Effective flexi-work policies and a few extra sick leaves can help women sail through the difficult times during menstrual periods, if any.

Vasudha Nandal –VP, human capital management, Sulekha.com had mentioned that instead of a menstrual leave, the regular 10–12 days of sick leave are sufficient and further suggested that effective flexi-work policies and a few extra sick leaves can help women sail through the difficult times during menstrual periods, if any. In addition, Mangesh Bhide, technology HR-head, Reliance Jio Infocomm, had opined that if there is still a need for such a leave in these times of flexi-work policies, then it is a matter of concern.

Sonal Arora, vice president, TeamLease Services also believes that menstrual leave for women is a rather misguided attempt as inclusion of women in workforce cannot be achieved by such random tactics. She says, “On one hand we are really trying to get rid of the age-old mindset where women are excluded from day to day activities during this period and girls in rural India forced to skip school and exams, and on the other hand such tokenism is being resorted to. This is more likely to do harm than good to the cause of greater participation of women in the workforce because employers and colleagues will see it as one more extra benefit that women employees enjoy.”

This is more likely to do harm than good to the cause of greater participation of women in the workforce because employers and colleagues will see it as one more extra benefit that only women employees enjoy.

Women, in any case, have the option of taking a sick leave or personal day should they really require this support. “Not only is it condescending but also of limited efficacy because less than 10 per cent of India’s women workforce works in the organised sector. The remaining 90 per cent are either in the unorganised sector or agricultural sector or are self-employed, where they will not enjoy any such benefit,” she adds.

Although the Committee on Private Members’ Bills and Resolutions decides the relative priority of the bills after a ballot, Ering said the Bill has been selected in the ballot and is supposed to be presented in the next private members’ business. Last week, Ering had also asked a question in the Lok Sabha on whether the Government had plans to propose menstrual leave at the workplace. The Ministry of Women and Child Development said there was no proposal to provide for menstrual leave, nor had the Ministry planned to pilot a legislation on the issue.

That said, this certainly does not sound like a great move, if the Parliament ever considers passing this Bill. Adil and others are of the view that the law-makers and organisations should rather look at whether women really need it, even biologically. As Bhide had mentioned last, not everyone may have an uncomfortable period or really need to take time off, each month. Adil suggests, organisations sensitise both men and women around working together in harmony, while understanding and accepting the gender (read biological) differences.

Women would fare better if seen as equals and not as the so-called fairer sex that needs some extra benefits to be able to perform at par with the men.

Who is a Consequential leader?