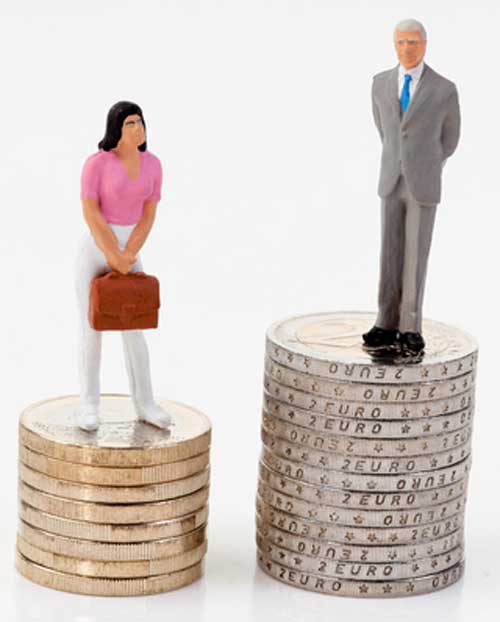 Gender pay gap is smallest among young and early-career workers, growing steadily with age into mid- and late career.

Differences in the way men and women are paid at work is increasingly becoming a global concern. There have been instances of women standing up against the discrimination in countries such as Iceland, Sweden and France. . The issue has been long persistent. What’s even interesting is that this gender pay difference tends to grow with age.

A 2016 Glassdoor survey report, ‘Demystifying the Gender Pay Gap’ says that older workers typically show significantly larger gender pay gaps than younger workers—around the world. The report states that the gender pay gap is smallest among the young and early-career workers, growing steadily with age into mid- and late career.

Among the several explanations to this finding, there is no single reason that can be cited as the main causal factor. However, here are a few major reasons that may be held responsible for the growth of gender pay gap with age:

Generational barriers: The gender pay gap may be smaller among young workers because women beginning their careers today face fewer barriers than older workers faced in previous generations. For instance, in the past, women had fewer role models in leadership positions, to look up to. Many organisations had structures and work practices that were designed to fit men’s lives, which made it all the more obvious for women to constitute a smaller portion of the workforce.

Occupational biases: The Glassdoor report says, older women may simply face harsher age discrimination in the labour market, amplifying the gender pay gap for older workers. It is also known that formal rotations in sales or operations have traditionally been a key step on the path to senior leadership, and men are more likely than women to have held such jobs. Additionally, research indicates that organisations tend to undervalue behind-the-scenes work (building a team, avoiding a crisis), which women are more likely to do, while rewarding heroic work, which is most often done by men. It is these biases that further reduce the chances for women to move up the ladder and increase the pay gap, over time.

Maternity breaks: Older women who have spent more time out of the labour force due to child-bearing responsibilities, simply face an earnings penalty compared to men who have not left the labour force ever during their careers. Women who do take a break for maternity, child-care or elderly-care lose track, and however much organisations try to get them back into the workforce, they are not able to catch up with their male colleagues who have by then moved up the professional ladder in terms of both role and salary.

While there may be various other factors responsible for the existing gender pay gap, there are certain things organisations can do to ensure that the gap reduces and not widens with age or time.

The report suggests that focussing on policies that target the dramatic occupation and industry sorting of men and women into separate and financially unequal types of work throughout their careers can help alleviate the gender pay gap by addressing its most important causes. For example, research has shown that women disproportionately tend to be primary caregivers for children and the elderly in families, and that this can lead women to sort into lower-paying occupations offering more flexibility.

Another crucial move can be to increase pay transparency across the organisation. A large number of academic studies find salary transparency can help eliminate male-female pay differences. For instance, a 2012 study by economists Andreas Leibbrandt and John List found that a major contributor to the gender pay gap is a negotiation gap. Women are less likely to negotiate over salary than men. But when researchers explicitly told job seekers that pay was negotiable, the gender gap disappeared.