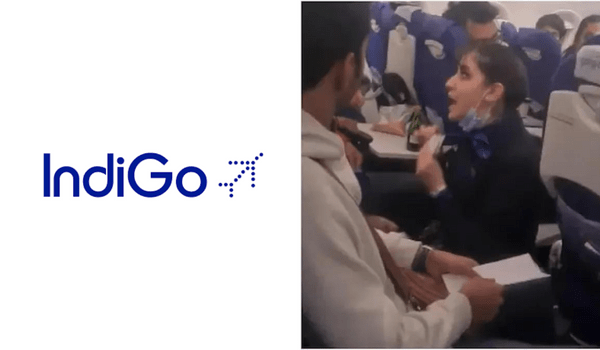 A video of a verbal altercation between an IndiGo flight attendant and a passenger flying from Istanbul to Delhi went viral, stirring up a massive debate on social media. In the video, the passenger was seen calling one of the members of the on-board crew “servants of the passenger”.

The same passenger had allegedly been harassing the crew throughout the flight before the woman in the video interjected. She is seen telling the passenger that her crew was crying because of him and that they are employees, not servants.

This situation was cause for a huge debate on twitter that seemed to have ended with most siding with the crew.

Jet Airways CEO, Sanjeev Kapoor also had his say on the matter. He says he’s seen crew members being slapped and abused on board flights, called servants, or worse.

A senior official at the Directorate General of Civil Aviation (DGCA) said the regulator is looking into the incident and shall take appropriate action.

Amid the debate, a fellow passenger took to twitter to clear the air on the situation. They shared that it was clearly the passenger’s fault in the situation and that he had been acting rudely throughout the flight.

“The IndiGo crew did take a lot of the brunt from this pax. Otherwise maybe they could have diverted and dropped him off somewhere in a foreign land with the cops there. He got to come home,” said a post on twitter.

A screenshot of a post on Instagram attached to the tweet said the person whose video went viral chose a very ‘smart’ moment to capture the incident and did not showcase both sides of the event. It further mentioned that most passengers were particularly ill mannered with the crew.

“They called them servants and were after their life for food when they knew that they were travelling on a low budget airline…I saw an air hostess crying before all this had happened…The flight crew is just doing their job with utmost integrity and hard work. They don’t deserve to be treated this way,” the message in the screenshot read.

“We are aware of the incident that took place on flight 6E 12 from Istanbul to Delhi on December 16, 2022. The issue was related to meals chosen by certain passengers travelling via a codeshare connection,”

“IndiGo is cognizant of the needs of its customers and it is our constant endeavour to provide a courteous and hassle-free experience to our customers. We are looking into the incident,” the airline said in the statement.