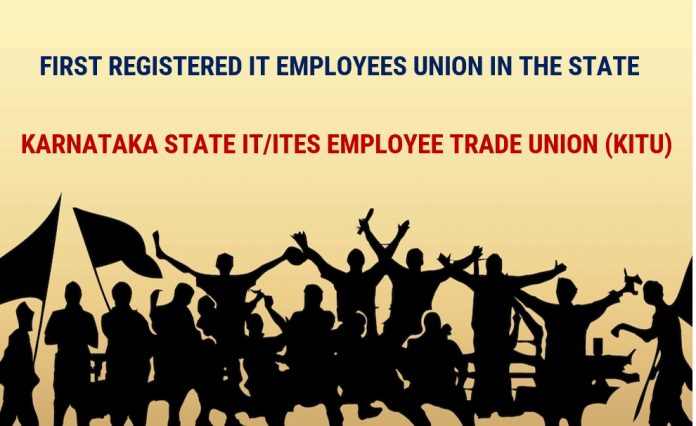 Backed by the Centre of Indian Trade Unions (CITU), KITU will help voice the grievances of IT employees.

IT employees can now set up a trade union in Karnataka, which they were devoid of earlier. The Labour Commission of Karnataka has certified the formation of the Karnataka State IT/ITES Employees’ Union (KITU), under the Trade Union Act, 1926 and Karnataka Trade Unions Regulations, 1958.

This is a significant breakthrough for the IT employees, who were devoid of union benefits and had suffered massive layoffs in the IT industry, with employers citing various debatable reasons for their ouster.

In the past one year, the complaints of indiscriminate layoffs by employees of IT companies have increased significantly. More IT employees have reached the courts seeking justice.

Talking about the decision, Vineeth Vakil, general secretary of KITU, said “This is a significant moment for us, being the first dedicated IT employee union”. “The formation of the Union was possible because there were enough IT employees facing (various) issues. We will be able to address these issues with vigor with the formation of an IT union.”

KITU is backed by the Centre of Indian Trade Unions (CITU), which is an affiliate of the CPI (M).

Out of the four million employees across the country, Bengaluru alone has around 1.5 million IT & ITES employees. The KITU will help these IT employees raise their voices and resolve their issues.

Currently, the complaints of the IT employees are put forward or presented by pressure groups, such as the Forum for IT Employees (FITE), the National Democratic Labour Front-IT (NDLF-IT) and the Union for IT/ITES (UNITES).

In India, the IT-sector employees feared forming unions because they were afraid of being blacklisted as troublemakers by the companies. However, with the formation of a registered union, they can now fearlessly complain about any discrimination by their employers.

While the formation of the Union will help voice the grievances of IT employees, it will also act as a deterrent to the international companies wishing to set up their businesses in India. Following the formation of KITU, a trend is expected to emerge in the country, where more employees will begin to confront employers.

Has immersive technology established its effectiveness as a tool in L&D,...