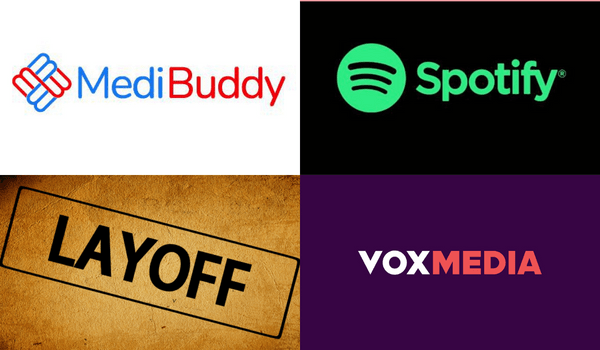 Spotify, a music streaming platform, is reportedly planning to lay off some of its employees in an effort to cut costs, according to Bloomberg. The company has not yet confirmed any official details regarding the layoffs.

According to recent reports, Spotify is planning to announce layoffs in an effort to cut costs. It is unclear at this time how many jobs will be affected or which departments will be impacted by the layoffs. The company has not yet confirmed these reports, but if they are true, the layoffs are expected to begin as early as this week.

On Friday, Vox Media, the company behind popular publications such as Vox.com, Eater, The Verge and New York Magazine, announced layoffs for 7 per cent of its employees.

The cuts affected various departments including revenue, editorial, operations and core services, as stated in a memo from CEO Jim Bankoff obtained by Bloomberg News. According to the memo, despite reducing hiring and spending, the company still needed to cut costs in light of the challenges faced by media and tech companies.

The company has now gone through three rounds of layoffs in less than a year, making this the largest one yet. Last March, after acquiring Group Nine Media Inc., publisher of Thrillist and NowThis, it laid off 3 percent of its staff, and again in July, it cut 39 employees, citing reduced advertising budgets.

MediBuddy, an online healthcare services platform, has recently laid off a portion of its workforce. The company stated that it has let go of approximately 8 percent of its employees across various departments, which it referred to as a “one-time restructuring exercise.”

The layoffs were aimed at eliminating redundancies, according to the company’s statement on January 20. However, this news comes at a time when private funding for India’s start-up sector has slowed significantly over the last eight months due to economic challenges. According to Inc42, MediBuddy has terminated 200 employees across departments this week.

MediBuddy gave a statement saying, “Given the market conditions, many organisations continue to adjust and it is rather unfortunate that we too had to take this step to ensure that we continue to focus on our vision to make high-quality healthcare accessible to a billion people.”

The teams that have been affected the most were the tech, product, sales, and operations teams.