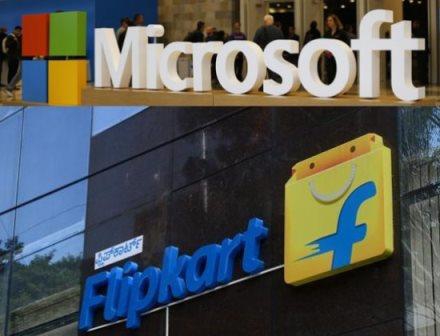 While Microsoft wishes to focus on the phone hardware business, Flipkart states the need to do away with underperformers.

Last week brought in a bad spell for employees at Microsoft and Flipkart.

Microsoft announced the retrenchment of 2850 employees over the next one year, which is in addition to the layoff of 1850 employees two months ago.

Around 30 per cent of these job cuts will be in the phone hardware business, that is, Nokia. As many as 1350 employees based out of Finland were handed the pink slip. In an e-mail sent out to the employees, Terry Myerson, vice-president, windows and devices group, Microsoft, said that the job cuts have been ‘incredibly difficult but Microsoft needs to be more focussed on the phone hardware efforts.’

The remaining 70 per cent of the layoffs will be from across the world, primarily from the global sales unit team. Microsoft currently has 114,000 employees working full time across the globe. The job cuts will affect four per cent of the firm’s workforce.

Back home, Flipkart, which has of late been on the wrong side — on the people front— has handed pink slips to around 700 employees, which is two per cent of its total employee base of 35000. However, to cover it up, the company says that it is letting go of its underperformers.

The company’s rationale is that it is a ‘performance-oriented organisation’ and has a ‘transparent evaluation process in place.’ While it believes in rewarding the top performers, ‘at times’ Flipkart has to take a stand on people ‘who do not meet the performance bar’.

Flipkart postponed the joining dates of 18 IIM A students, from June this year to December, and that too at the last moment. The company cited corporate restructuring as the reason behind the delay. Flipkart’s decision naturally created disappointment amongst the hired students. Following this, IIM-A reached out to Flipkart with an official letter stating that such a decision is not justified on the part of the company as the students will have to undergo time loss, financial loss and most of all, huge disappointment just when they are on the brink of entering the corporate world.

Is SpiceJet not depositing PF in staff accounts?