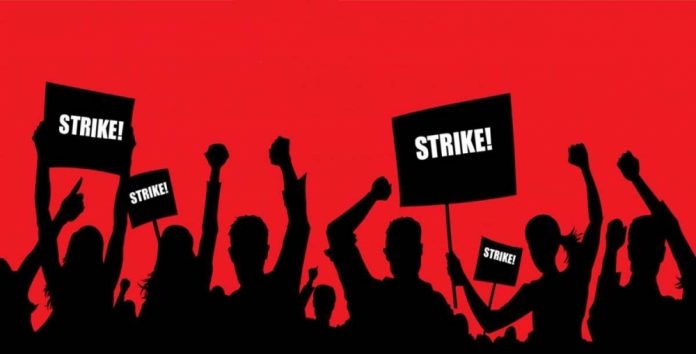 Unions for class III and class IV employees are threatening to go on a three-day strike, which could disrupt the entire government machinery.

Around 17 lakh employees of the Maharashtra Government are threatening to go on strike for three days starting today. They want immediate implementation of the 7th Pay Commission.

The chief minister of Maharashtra, Devendra Fadnavis has already announced that the 7th Pay Commission will be implemented from January 2019, but the employees’ unions do not truly believe that will happen. Therefore, they are insisting on immediate implementation.

Avinash Daund, general secretary of the State Government Employees’ Union, asks, “When a provision of Rs 10,000 crores for the 7th Pay Commission has already been made by the state government in its annual budget, why is there a dilly-dallying on the implementation?”

In addition, there are 24 other demands made by the state-government employees. These include raising the retirement age from 58 to 60, five-day work week, filling 1.80 lakh vacant posts, two years of maternity leave for women officers and promotions in a time-bound manner.

“We have called for similar strikes earlier as well, but the State Government requested us to withdraw citing issues, such as drought and other problems. We readily agreed. But now we really doubt whether they truly intend to implement it. January 2019 is far away. There can be announcements of elections; model code of conduct may come into force. That is why, we are demanding immediate implementation,” Daund added.

If successful, the strike will bring the work in government offices, municipal councils, schools and hospitals to a grinding halt.

Haryana govt. to track real-time location of employees for attendance