HRK News Bureau - January 6, 2020
0
The Government of Bhopal has announced the launch of the Chief Minister’s Group Health Insurance Scheme, which will cover up to 12.5 lakh employees...

Unions for class III and class IV employees are threatening to go on a three-day strike, which could disrupt the entire government machinery.

Compulsory retirement for UP Govt employees aged 50 and above

Not more than 10 per cent of employees’ pension can be...

If a government employee is facing a criminal case or departmental proceedings at the time of retirement he or she will be entitled to provisional pension, which would include gratuity to the tune of an amount not less than 90 per cent.

UP Government employees have to apply for leaves online

Employees will now have to apply for leaves online, three days in advance, and wait for digital approval before proceeding on leave. 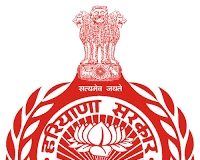 The financial implication on account of increased allowances would be Rs 840 crore.

Guest Writer - July 27, 2021
1
According to the World Economic Forum, there is a fierce urgency for reskilling in the world, as over one billion jobs have been transformed...

Are Indian employees skill-ready for the future of work?

Dilemmas and decision making – How coaching can help leaders at...

Guest Writer - July 26, 2021
1
Leaders, especially, talented and competent ones, are critical for organisations. They perform well under pressure and willingly step up when required to shoulder a...

How to recruit, manage & retain talent with a sense of...

HRK News Bureau - July 27, 2021
0
Sri Lanka is looking to alter the child labour regulations in the country, following the death of 16-year-old domestic help who was employed at...

Sony accused of discriminating against a Black employee

HRK News Bureau - July 21, 2021
0
Owing to the various initiatives by the Government and the Employees’ Provident Fund Organisation (EPFO), there was a rise in the number of EPFO... 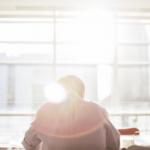 Guest Writer - July 27, 2021
1
According to the World Economic Forum, there is a fierce urgency for reskilling in the world, as over one billion jobs have been transformed...

Press Release - July 27, 2021
0
Emcure Pharmaceuticals Ltd., one of India’s leading pharma players continues to strengthen its leadership with appointment of distinguished professionals to its board of directors....

TerraPay gets Vinay Trivedi as its global head – HR