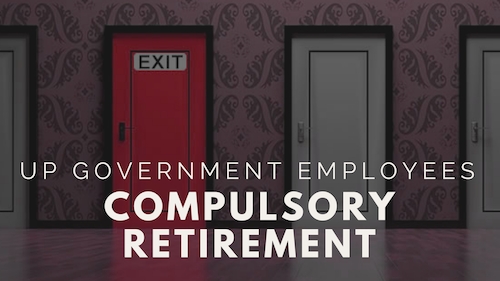 In a move that has upset the state-government employees, the Uttar Pradesh Government, is considering compulsory retirement for employees above 50 years of age, based on their non-performance.

According to the government order issued by additional chief secretary, Mukul Singhal, departmental heads have been asked to complete screening of employees aged 50 years and above for compulsory retirement by July 31. The cut-off date that is applicable will be March 31, 2018.

The screening will impact around four lakh out of the total 16 lakh employees in the state government. The order also stated that any temporary or permanent employee may opt for retirement. The order, giving reference to the original Rule 56 of the Finance Handbook, said the appointing authority, at any given time, can order retirement of temporary or permanent government employees by issuing a notice after attainment of 50 years of age. Such employees will be served a three months’ notice.

The order, which was made official on July 6, has been marked to the additional chief secretary, the principal secretaries and the secretaries in the government.

It is not the first time that such an order has been passed. Officials claim that the order has existed since 1986, but most departments simply didn’t implement the same in letter and spirit. The State Personnel Department issued a similar order on October 26, 1986, and listed guidelines for the same, defining in detail the structure of the screening committee.

Subsequent orders were passed in 1989, 2000 and 2007 for its implementation. However, officials stated that not only did several departments fail to implement the orders but the screening committees failed to meet annually as per the rules.

Chief Minister Yogi Adityanath has insisted on improvement in the work culture in the state and given clear instructions that his government will not permit corrupt or non-performing officials to continue in service as it affects good governance.

In fact, immediately after taking over as the chief minister last year, Adityanath had expressed that he will be strict with regard to timings and officials will have to be punctual.