The staff of the oil company were told that the office would be closed and they were facing ‘involuntary severance’.

The oil company, Shell, recently announced its plan to shift nearly 400 jobs overseas as it looks to shore up its finances against persistently low oil prices, by hiring cheaper workers in the developing world.

The Anglo-Dutch company told 380 staff at its finance operations in Glasgow that the office would be closed and they were facing ‘involuntary severance’. The jobs will be moved over a 15-month period to locations such as Shell’s offices in Chennai in India and Kuala Lumpur, in Malaysia.

The overall effect on Shell’s headcount will be negligible, although the firm has announced 12,500 job cuts since last year. The staff at the Bothwell Street office was informed about this decision by the senior managers at a meeting this month.

The company said that, this difficult decision was being taken in order to remain competitive and to improve efficiency and value for money across all its businesses and functions. Shell had in fact, signalled earlier this year that more staff could be affected, in an attempt to trim costs as rock-bottom oil prices continue to dent profits.

The company, however, also stated that the decision was a sign that the capability of its other centres has evolved to be able to handle the activities that are currently performed in Glasgow, and that too at a significantly lower cost. At the same time, the senior executives at Shell, assured the staff of their support and engagement, during the transition period, for the affected employees.

Scottish MPs said the announcement was a ‘devastating blow’ to the staff. Other Scottish dignitaries are also concerned about the shift and are hoping that the Scottish and UK governments will work together to tackle the challenging situation and make efforts to provide support, training and opportunities to the affected workers for securing new roles.

The Glasgow office is part of a division that manages financial reporting, corporate governance risk as well as travel and expenditure. 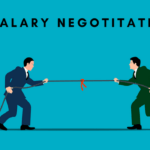