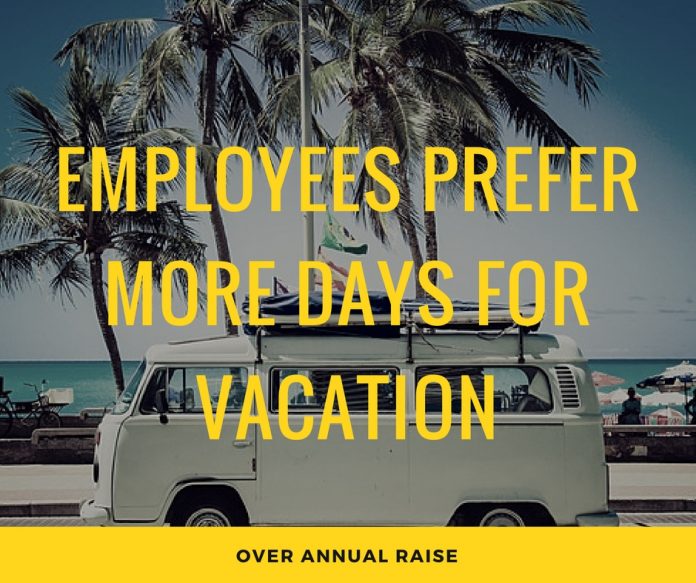 Germans have shorter work hours vis-à-vis other countries. In 2016, an average German worker put in 1,363 hours in a year. This was even shorter than in year 2000, when an average German worker put in 1,452 hours of work, according to the Organisation for Economic Cooperation and Development (OECD) here. This is also much shorter than that of the US and Mexico where the average annual work duration is 1,783 hours and 2,255 hours, respectively.

However, German workers want more! They seek more flexibility at work. There is a talent crunch in Germany and companies are offering perks, such as long holidays, shorter hours, flexible shifts and sabbaticals to retain or attract talent.

German companies are increasingly finding it a challenge to attract employees and earn their loyalty. A survey by staffing firm, ManpowerGroup, has revealed that an unusually strong, sustained economic upswing coupled with a shortage of people has made German firms more worried about attracting employees than other leading economies.

Last year, the state-owned rail operator, Deutsche Bahn, which employs around 137,000 people, had offered its employees a choice between six days’ extra annual leave, a 2.6 per cent pay rise or a one-hour cut in the working week.

A majority of them—58 per cent—wanted to add more holidays, despite the fact that they were already entitled to 28–30 days of annual leave; 40 per cent preferred the pay rise and just two per cent opted to cut their weekly hours to 38 from the current 39.

The preference for more holidays was particularly pronounced among women, who account for just 23 per cent of Bahn employees.

Deutsche Bahn has also created a digital marketplace that allows workers to swap shifts. Employees also can open ‘time accounts’ to save up unused annual leave and overtime for future sabbaticals or periods of part-time work. Flexible staff scheduling appeals to parents, who wish to pick up children, or commuters who want to work four long days and then enjoy a long weekend.

More than 50 per cent of German employers are struggling to hire employees versus a global average of 45 per cent, with 82 per cent of large firms reporting difficulty, the survey showed. The hardest roles to fill are in the skilled trades, engineering and in technology.

After a series of strikes, the IG Metall union that represents 3.9 million workers in that sector agreed to a deal this year, to allow staff to cut their working week to 28 hours, for up to two years, to take care of their children or other relatives.

Deutsche Telekom, another German company and one of Europe’s largest telecom players, also agreed to 14 extra days off as against its earlier agreed two-hour reduction in the work week to 36 hours.

A survey by the IAB Labour Office Research Institute found that job vacancies across the country have surged from 128,000 in 2017 to reach 1.18 million in the fourth quarter.

For instance, Deutsche Bahn needs to recruit 19,000 workers this year to replace a wave of retiring baby boomers. It has already taken on more than 60,000 new employees in the last five years. The recruitment drive must continue for the foreseeable future: 44 per cent of its employees are older than 50 and 28 per cent are above 55 years of age.

What’s in a mobile first learning platform powered by AI

Contract staff at Thane Municipal Corp. will get min. wage