According to the data revealed by the Ministry of Women and Child Development (MWCD), a total of 391 workplace sexual harassment complaints have been received from various central ministries, via the online portal, She-Box. Of these, 150 have been lodged in the last one year.

The She-Box — short for sexual harassment electronic box — was launched by the Government of India, to provide a single platform to all women — irrespective of their work status, or whether they belong to the organised or unorganised, private or public sector — to facilitate the registration of complaints related to sexual harassment at the workplace. Once a complaint is submitted to the ‘SHe-Box’, it goes directly to the concerned authority having jurisdiction to take action in the matter.

An analysis of 36 cases received via SHe-Box at MWCD has revealed that only four were actually cases of sexual harassment of women at the workplace. The remaining were public grievances pertaining to violence against women, harassment for dowry, misbehaviour and such. Of the four sexual harassment cases, three were lodged by the same woman against the same accused. None were related to the MWCD or related offices. 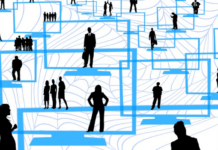 Sprawling offices out, satellite pods in! 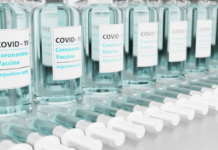 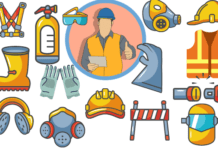 How personalised & curated digital learning is the recipe for successful...

The great divide: How to bridge corporate India’s skills gap with...

Guest Writer - September 13, 2021
4
Philosophically speaking, each of us is unique and logically not in competition with anyone. This realisation gives us a healthy outlook to the world...

Hear out emotions in & out to be an effective leader

How an HR professional’s transformative journey was enabled by coaching

Whirlpool employees will get $1000 if they get vaccinated

HRK News Bureau - September 15, 2021
0
With the president of the US ordering all private-sector companies to get their employees vaccinated or prepare unvaccinated employees to get tested weekly, Whirlpool...

Amazon hikes hourly pay in the US and Canada

British employers offer incentives to get staff back to office

HRK News Bureau - September 15, 2021
0
Employers across India are showing strong intentions to hire in the coming quarter, with the intentions being strongest in the services sector (net employment...

Kartikay Kashyap | HRKatha - September 13, 2021
3
In 2020, a book called ‘Leadership is a Language’ was released, which emphasised on how interplay of words and language played a big role...

HRK News Bureau - September 14, 2021
1
After a long operational hiatus of over two years, Jet Airways is set to resume domestic operations in India by the first quarter of... 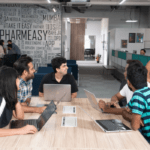 HRK News Bureau - September 14, 2021
0
PharmEasy is planning to build a larger ecosystem to solve healthcare challenges in India, with its soon-to-be launched development centres in Hyderabad, Pune and...

PepsiCo’s new greenfield foods plant to create 1,500 jobs in UP