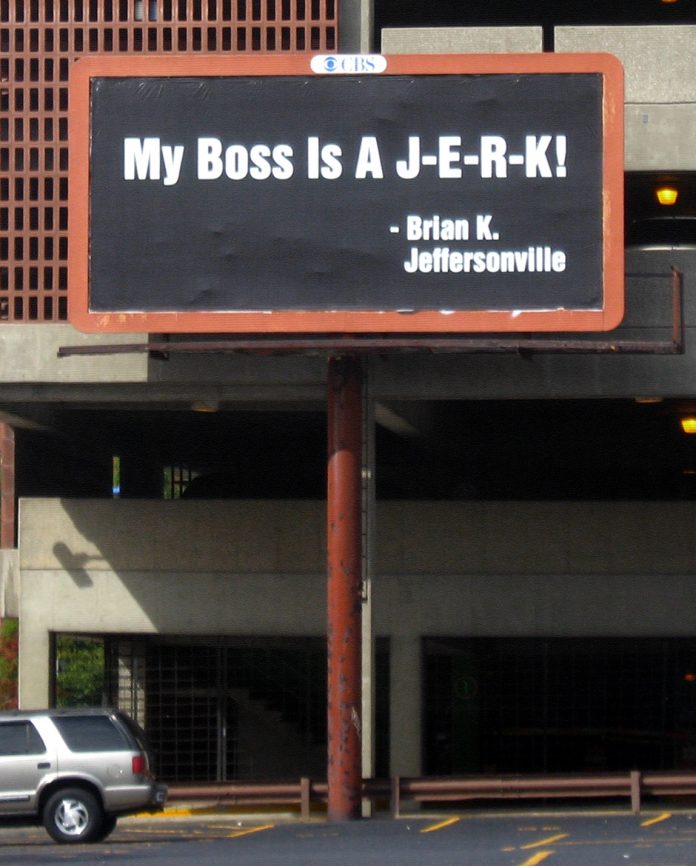 Despite the challenges they pose, it is not too difficult to deal with venomous superiors.

In a long career, there are only a few bosses one really comes to love. At the same time, there are not many one actually hates. Even if one didn’t enjoy working under some of them, over time, the dislike wanes and one is able to understand where they were coming from and accept them as human beings with their own set of failings and limitations. Only a few leave a deep scar that doesn’t go away easily. These are bosses difficult to forget or forgive even after many years.

Contrary to popular perception, a toxic boss needn’t always be loud and rude. In fact, Type A personalities are often not toxic at all. Their volatility and temper tantrums are usually enough to burn up the pent up aflatoxins in the system. Similarly, hard taskmasters and workaholic bosses — though painful and taxing to work for —aren’t necessarily venomous. In fact, Toxic Bosses (let’s call them TBs) needn’t fit into any traditional boss stereotypes at all. They come in various avatars.

There is one common and essential characteristic of TBs — they unfailingly damage (and in extreme cases destroy) the self-esteem of their subordinates and teams in multiple ways. The most common way is to make people below feel insecure and inadequate, by being unjustly critical of their work and unappreciative of their contributions. In extreme situations, this could even take the form of personal humiliation. Appropriating or denying credit for work done by juniors is second nature to TBs.

In all cases – their behaviour is underscored by a lack of respect for people, which goes against the grain of professionalism and basic human values. By nature, TBs are distrustful of others (except the odd sycophant —even their utility is time bound and comes with ‘best before’ dates, unless there are secrets to keep) and don’t let others get comfortable around them. TBs are adept at the ‘Lick and Kick’ game —‘lick’ the bosses and ‘kick’ the subordinates.

TBs are supremely selfish by default and have no qualms of treating people as tea bags (‘use and throw’). That also makes them manipulative. But, the problem is not as much in ‘using’ as it is in making them feel ‘used’. A smart leader also uses people but makes them feel rewarded. It’s famously said of an iconic CEO of one of the oldest MNCs in India — “People came out grinning from his room as if they had been given a raise or bonus, when actually he just doubled their target”.

By definition, TBs are not transparent in their dealings. However, sometimes they can make it work to their advantage by coming across as extremely suave— especially to external stakeholders— carefully cloaking their vicious elements under a veneer of sophistication. These are the more dangerous of the species, who often also have integrity problems, both intellectual and financial.

Behavioural experts reason that TBs are products of a deeply insecure psyche. Some say it is their troubled childhood which makes them the way they are. There will always be the ‘nature vs nurture’ debate, and without doubt upbringing and formative experiences have a significant impact in shaping personality and leadership styles. However, at a more basic level, they are afflicted by supreme ambition not backed by commensurate competencies. TBs are acutely aware of the fact that their success and achievements are not by merit but by accident or manipulation. This makes them deeply anxious, as they know fortune does not always favour the creep. They fall back on machinations at the cost of their minions and organisational health.

So how does one deal with toxic bosses? Many wise men will advise – it is ‘Karma’ – so ‘what can’t be cured must be endured’. While that might be true to an extent, a fatalistic ‘surrender’ is not the answer and may actually compound the misery. Sneaking on the bosses – even TBs – never works in a corporate culture. Bitching is even worse as word inevitably gets around. One can safely assume that if a person has reached a certain level in an organization, his own bosses can’t be blind to his style of functioning. If they are still allowing him to continue (despite feedback or 360 degree appraisals) somewhere the assets in his ‘professional’ balanced scorecard still weighs over the negatives. With organisations themselves becoming more and more myopic in their outlook (notwithstanding what management literature might advocate) – when the next quarter determines the CEO’s fortunes, there is a premium on short-term delivery. Unfortunate but true – not many of today’s star CEOs care more about their own shooting careers than sinking the organisational morale. Nothing succeeds like success, they say in the corporate world. Therefore, usually – it is equally pointless – to take up a ‘boss–subordinate’ relationship with HR, unless there is a genuine case of ‘harassment’ – sexual or mental.

The first principle is to ‘push-back’ —but in a polished, professional and dignified manner (sometime putting responses on mails helps, as it does keep a trail). Bullies usually tend to back off if challenged — just as they see submission as a sign of vulnerability and weakness. The important message to be conveyed — preferably right at the start (the ancient adage of killing the cat on the first night) — is that you are the master of your own destiny and not willing to hand over its reins to anyone else – no matter how powerful he or she may be. Thereafter, it’s best to negotiate the terms of engagement and stick to them steadfastly, bringing the dealings back on track whenever they tend to stray off course. Remember to always, without fail, claim and record credit for good work. Another good strategy is to gain visibility outside one’s own department with other functions and members of the senior leadership team. This can sometimes provide an insurance cover against unilateral actions of a devious boss.

But, the real trick is not to allow the boss to get under the skin and start affecting emotional you wellbeing. For this, personal techniques —be it counting 10 before responding or meditation — are handy tools. But, if the going gets tough, seeking coaching or counselling is an option worth considering. Techniques like CBT (Cognitive Behaviour Therapy) can do wonders.

Finally – much as old timers will say –‘You can’t hose your father or your boss’. One always has the option of leaving them. But, do it at a time of one’s own choosing – not forced by the boss or cracking down under pressure. Nothing riles a TB more than someone pulling the plug off him without notice with a short and sweet resignation letter.

That of course, is the last resort. But, there’s no job worth sacrificing one’s health —mental or physical — no matter what the financial compulsions may be. I have done it myself a couple of times in the last 30 years and never had to regret it. The sense of ‘liberation’ one feels after exercising the ‘choice’ of freedom – has to be experienced to be believed!

(The author is a chartered accountant turned marketing professional who has worked across a spectrum of industries – FMCG, media and building materials.)

The right to privacy versus HR – On collision course