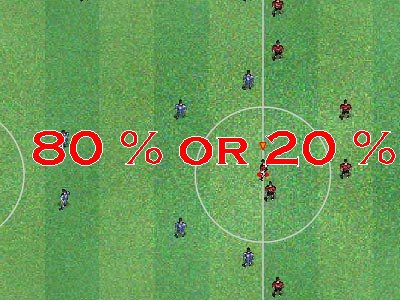 Should we focus on 20 per cent of the workforce and inspire them to perform even better? Or should we try and derive maximum output from the remaining 80 per cent?

In the early 1900s, an Italian economist, Vilfredo Pareto, made an observation that 80 per cent of wealth was with 20 per cent of the population. Interestingly, if we were to apply this very 80:20 formula to other aspects of life, the same observation would hold true.

Now here is the catch 22 situation. Should we focus on that 20 per cent of the workforce and inspire them to perform even better?

What works best in today’s context? The Pareto Principle or the Long Tail?

If you ask the new age companies— for instance, an online retailer or an online newspaper— they would say that the long tail is equally important or even more important because this is where the profitability comes from, and that becomes a big differentiator. In fact, any Internet business would want the long tail to be even longer.

Does the same logic hold true in human resources or employee management? No doubt, the 20 per cent of employees with 80 per cent of productivity and output are the stars of any organisation.

So what should HR managers do? Should they try and derive maximum output from the remaining 80 per cent? This would imply that even if there is small incremental growth, it could mean a significant increase due to the long tail.

However, there is yet another theory that believes that if efforts on upgrading the potential 20 per cent is less vis-à-vis, the remaining 80 per cent, why should one waste time on the latter as the former is expected to yield better results.

But does this mean that an organisation can only be run by star employees? If we go by the same belief, the rest of the 80 per cent of the employees, with poor output, should be got rid of. Can one actually run an organisation with such a belief? It’s highly debatable.

There is a theory which says that the long tail is important to support the high-potential 20 per cent. In fact, the basic purpose of the long tail is to create a balance. So, when we look at it from a team’s perspective, to maintain the high productivity of the select handful, you need to maintain a long tail of support staff.

For instance, if we compare it with the game of soccer, according to the Pareto Principle, 80 per cent of the goals would be scored by just 20 per cent of the players, that is, the two forwards. But one has to remember that for these forwards to be able to score a goal, the ball needs to reach them from the other end, and that is where the long tail of other players comes into play.

Now, if we apply this formula to the way we manage our own time and productivity— It turns out that that though we may be able to strike a deal or crack an idea in just 30 minutes of our working hours, the rest of the time, may simply be wasted thinking about or preparing ourselves to actually do it!

There will be a section of thought that would say that we have wasted long hours unnecessarily. However, we also need to accept the fact that those long hours of thinking or preparation were necessary. Without them, it would not have been possible to deliver the final output in those 30 minutes.

There is a philosophy that is practised at IBM — to do things right, one also has to ensure that one is doing the right things.

“Metaverse will be a pillar in the way we work,” Amit Das

HRK News Bureau - May 16, 2022
0
A big change in 2022 The pandemic presented an opportunity to build a digital workforce. We all know that the biggest barrier for any transformation...

TradeIndia in search of talent in sales, tech, product management

HRK News Bureau - May 16, 2022
0
TradeIndia, a B2B marketplace in India, is looking to expand its team at all levels. The Company is on the lookout for talent in...

Are we not fed up of preaching?