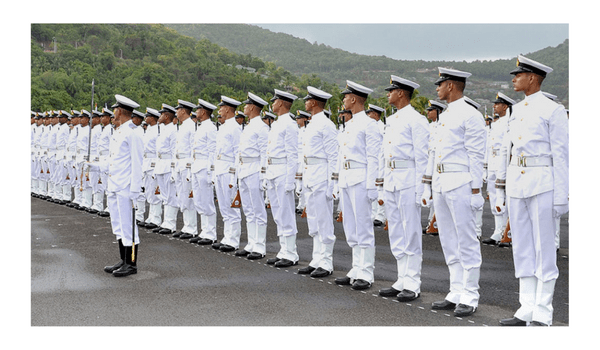 The Agnipath scheme in the Navy will be gender neutral. It is reported that as on 3 July, 2022, within days of opening the portal and registration going live, more than 10 thousand women have already registered for jobs under the scheme.

Post registrations, the Indian Navy will begin the online application process for recruitment, which will last from 15 to 30 July.

This is a major and progressive step taken by the Indian Navy to deploy women as sailors on its warships as per their requirements.

As per a Navy official, about 30 women officers are already sailing aboard frontline warships. The Navy has decided it is high time to recruit women sailors as well, and in all trades, including those who will go to sea.

The final number of women among the 3000 naval ‘Agniveers’ that the Navy plans to induct this year itself is yet to be decided.

Meanwhile, INS Chilka is being prepared by the Navy to serve as the basic training establishment for sailors of the Indian Navy, starting 21 November, 2022.

According to media reports, this establishment will also offer facilities for training the women sailors.

The Indian government had revealed its intention to recruit 46,000 Agniveers to the Armed Forces this year. The objective is to ensure that the Armed Forces becomes more diverse and comprises younger and more physically fit members.

No boundaries for information, but hierarchy for decisions