Automation and the volatile behaviour of workers have brought in a lot of challenges for HR in the changing automobile industry, which is now burdened with the responsibility of creating a calm and and healthy working environment. Ravi Kyran, president-HR, Bajaj Auto describes the challenges he faced when he joined the Company and how he prepared himself for the same. He talks to HRKatha about the culture at Bajaj Auto and how the organisation manages to engage its people at all levels.

What inspired you to become an HR professional?

For me, coming into the HR field was more of an accident than a planned move. I initially wanted to get into management. Before contemplating about going into HR, I took suggestions from my sister who is a postgraduate in psychology. Together we did a personality analysis of myself, going through my strengths and weaknesses. This helped me understand that I may be suited to HR, which is also a very important field of management. Fundamentally it was a combination of chance, guidance and contemplation— my getting into XLRI, receiving guidance from my sister and my own self-assessment. These three factors brought me into the HR function.

Starting my career with Asian Paints was one of the best things that happened to me. It is a wonderful place to work, with leaders coming from top management schools. The HR department used to report to VS Ram, who went on to become the CEO of Asian Paints. From the early days I was given responsibilities and guidance with no external interference. More than the challenges, it was a great learning experience for me under some very great leaders.

You have spent many years working in the technology sector before moving to Bajaj Auto. Now technology companies and automobile have two very distinctive set of people to deal with. In technology, you have educated white-collar employees even at the lowest rung of the hierarchy, whereas in the automobile sector blue-collar or less-educated labourers are part of the workforce. How have you as an HR professional reacted and prepared yourself for this change?

In Texas Instrument also we had a manufacturing unit which was not much different than the manufacturing and assembly functions in automobile. In a semiconductor industry we are divorced from the end customers because we are not an OEM (Original equipment manufacturer). We make technology which will then be used in an OEM and then go to the end-users. On the other hand, an automobile company is in direct contact with its customers, which was a very big transition for me because a feedback from the customers is pretty much received directly from the customers. In this aspect, a company has to be agile. Second, I would say is the difference between the business systems.

Texas Instrument was more of a homogenous company, but an automobile industry involves more complexities because our products are sold in 100 countries and it is not the same company operating in every country. So I had to prepare myself to be more agile and handle complexities and make a team of HR professionals capable of handling the same. To deal with complexities you have to be calmer and be able to anticipate challenges.

“Starting my career with Asian Paints was one of the best things that happened to me. It is a wonderful place to work, with leaders coming from top management schools. The HR department used to report to VS Ram, who went on to become the CEO of Asian Paints”

How does Bajaj Auto keep its people at the shop floor engaged? It must be a difficult task to achieve?

In our organisation, principles are the same for every employee, whether he is working on the shop floor or in the R&D department or anywhere else. Our employees want to learn, work hard and be successful. When it comes to these three aspects, we do not differentiate between blue-collared and white-collared employees. Our manufacturing units are completely owned by our employees and the supervisors. They take care of everything, from cleanliness and quality to maintenance to the working stations. Only the people who are working in the stations can take care of the challenges.

In our organisation, people are encouraged to give ideas on innovation and how we can improve. For this, they are given rewards not just on paper but on real grounds as well. Every employee is clear about what is expected of her/him. For instance, every morning, before starting the work there is a five-minute meeting which takes place to clarify the objectives of the day on a printed dashboard. After the day ends, there is a review of all that has been done. So it is a mixture of clarity and satisfaction. Apart from that, we conduct a lot of training sessions to enhance the abilities of our employees. Our employees work with the motto of responsibility, ownership and ability to achieve.

Many automobile companies are trying to get more women on the shop floor. Do you think, it’s viable to do so as one has to fight age-old mindsets? How does it benefit the organisation and where all can it go wrong?

We are actively hiring women in our manufacturing units and I strongly urge other organisations to do the same. In our Pantnagar and Chakan factory, women work actively on each line alongside men. In fact, in our Pantnagar factory we have a pink booth, which is totally managed by women workers— right from the line manager to the supervisor. Women running the whole pink booth operation by themselves sends across a message that they are no less than men and they truly are an asset. There are some challenges of course, such as the fact that we have zero gravity-engineered machines at our plants, which require minimal physical strength to operate.

Also, the infrastructure including the canteen facilities, restrooms and transportation facilities, have to be managed in accordance. It is not possible to include women without factoring in all these points and ensuring ideal working conditions. Second is the mindset—we actively educate and sensitise our employees on women safety and create an environment where women feel safe.

To involve women, we need to create enablers— infrastructure and mind-sets— rather than compromise on productivity. Once that happens the whole culture of the organisation changes and diversity improves. Right now, we have the maximum number of women employees at our Pantnagar plant and it has not impacted our productivity in any way. We set this example for others as well and are fully committed towards it.

“Texas Instrument was more of a homogenous company, but an automobile industry involves more complexities because our products are sold in 100 countries and it is not the same company operating in every country. So I had to prepare myself to be more agile and handle complexities and make a team of HR professionals capable of handling the same”

The automobile industry is undergoing a massive change. Automation of production and a large base of casual employers has created a volatile labour environment. The fact is that automation is not just replacing hazardous work, it is replacing non-hazardous work as well to increase productivity. How do you perceive this situation?

The functions, which are supposed to be automated will get automated. Automation and technology should not be seen as anti-people. We have a wrong perception — automation does not cut people cost, it actually cuts the product cost as well. Due to automation, the products will get cheaper and more consumers will buy and when more consumers will buy, jobs will be created.

Taking our sector into picture, if we do not automate functions, the productivity level will remain just like in the 1970s, and how many people could afford a two-wheeler or a four wheeler in those times ? If you see the progress of the sector from the 1970s, the number of people working in the industry has tremendously grown. So it is just the question of where that employment is. We are not worried about automation and neither our employees.

Apart from productivity, automation brings safety, lessens fatigue and improves quality. Jobs will be created in each and every sector of our industry— from R&D to manufacturing. Not just in Bajaj Auto, jobs will be created in our affiliated companies as well. We have three factories from where we deliver our products to each and every corner of the country. If the consumer base increases, our dealers will increase and the number of trucks will increase to deliver those products. There will be increase in the number of jobs as truck drivers. This is just a small example. When there is an increase in the production it creates a multiplier effect on the economy at a macro level which people do not understand.

“in our Pantnagar factory we have a pink booth, which is totally managed by women workers— right from the line manager to the supervisor. It sends across a message that they are no less than men and they truly are an asset. There are some challenges of course, such as the fact that we have zero gravity-engineered machines at our plants, which require minimal physical strength to operate.”

According to a report, in the absence of a bargaining and conciliation mechanism, labour disputes have graduated to labour unrest, labour conflict and finally labour militancy in the automobile sector, especially in the Gurgaon-Manesar belt. Is there a way out?

I won’t be able to comment on the Gurgaon and Manesar belt, but in our organisation we have a collective bargaining and conciliation mechanism. It does not mean that we do not have disputes, but in 99.99 per cent cases they all are settled on time. Organisations should not run away from the bargaining process. On the other hand, from the organisation’s point of view, labourers should not use these for unfair practices. Earlier, the collective bargaining system was used for the welfare of the employees but now, with politics entering the whole mechanism, it is losing its value. In some instances, which I would not name, both these things have played a role— the management showing negligence and politics entering the bargaining mechanism. At our plants, we clear the papers and issues on time and with maturity. Our workers also show similar maturity level. 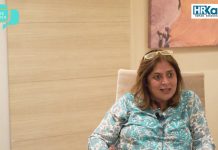 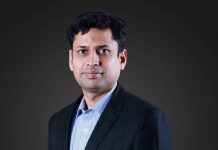 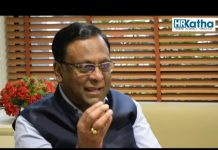 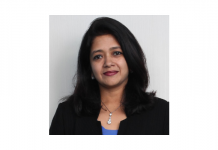 “Successful women are ambitious and focussed on their careers,” Shalini Pillay 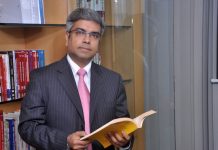 Organisations are realising that they need to give up their primitive HR policies, if they wish to grow from 500 Cr to 5000 Cr:... 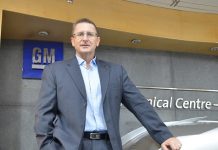 We are inventing jobs we didn’t even know we needed a couple of years ago: Brian McMurray, General Motors 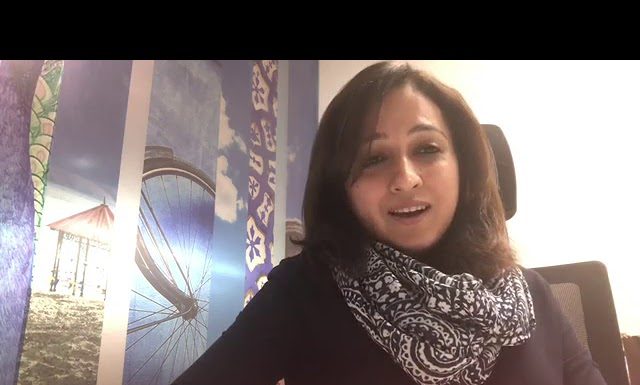 LinkedIn goes faster and lighter with its enhanced app — Lite

A delicate balance between personal values and temptation

We are inventing jobs we didn’t even know we needed a...