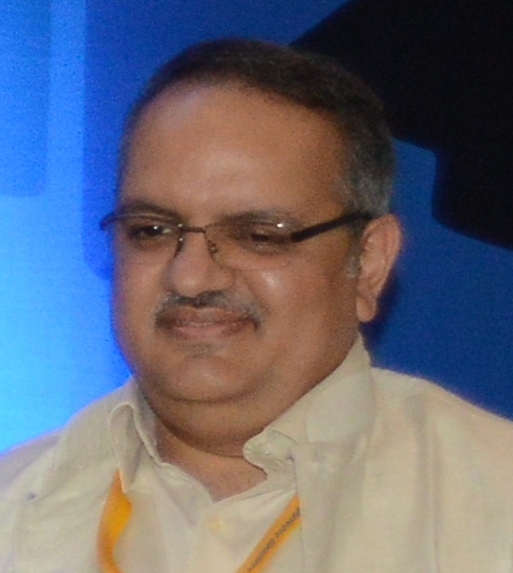 Mehta rejoins the corporate world after a gap of almost 3.5 years, during which he ran his own consulting firm.

Alok Mehta has joined the Swedish IT product organisation, Hexagon, as executive director – human resources (global capability centres). In his new role, Mehta will be based out of Hyderabad.

After running his boutique management consulting firm, Alouqik Consulting, for over three years, he decided to get back into an HR leadership role. “I loved the adventure and did some good work for multinationals and Indian organisations on transformational coaching, organisation and executive coaching,” says Mehta.

In his new role, Mehta will report to the country head and also the global head of human resources.

Talking about his immediate plan of action, he shares with HRKatha, “These are great times for our function. With digitisation being the buzz word, keeping the function ‘human’ is the want of the hour. I intend to focus on building on the strong DNA of the organisation and facilitating in co-creating a greater place to work, and establish the HR function as a pivot in the transformation journey.”

With over 24 years of experience, he has been associated with companies, such as INTAS Pharma, India Value Fund Advisors, Metro Cash & Carry, Astra Zeneca Pharma, Deutsche Bank Group and Motorola India Electronics.

Mehta, who holds a master’s degree in personnel management and industrial relations from TISS, started his career with Ranbaxy Laboratories in 1993, as assistant personnel manager. In the six years he spent with TISS, Mehta worked in corporate HR, looking after international HR operations. He was instrumental in setting up people policies and processes for China, Russia, Myanmar, Vietnam, and a few other emerging markets.

He got the opportunity to lead the function at the oldest API manufacturing site for Ranbaxy, in Punjab. He also managed employee relations for the field force of South and West India. In addition, he shouldered pan India responsibility for compensation & benefits and assessment centres.

At his next destination—a JV between Motorola and Pagepoint, where he was appointed as head HR—he led the HR function for the paging operations for Motorola in India. Back then, the JV was operational in four cities—Bangalore, Mumbai, Hyderabad and Pune.

In 2000, Mehta moved to Motorola India as manager-HR to handle HR (Generalist) for two business verticals at the global software centre.

In 2002, Mehta was promoted as compensation & benefits manager for Motorola India, Sri Lanka and Bangladesh. In this role, he managed three mergers and three divestitures.

In 2005, he got two successive elevations—first as head-talent engagement and development in January, and second, as head-HR for Motorola India in July.

In 2006, Mehta moved to Deutsche Bank as head-HR, and stayed there for a year.

Mehta moved back to the pharma industry as V-P HR for Astra Zeneca in 2007. After four years, he shifted to Metro Cash & Carry as director-HR and member of the India board. By the end of 2012, Mehta joined India Value Fund Advisors as chief people officer for a very short stint of nine months.

In 2013, he again moved back to the pharma industry, this time as EV-P Global HR at Intas Pharmaceuticals. At the time, Intas had an employee base of 10,000, and nine manufacturing units globally.

A year later, Mehta decided to turn entrepreneur and founded Alouqik Consulting, which dealt in transformational coaching, and organisation and leadership development.

In his free time he loves to read and listen to music.