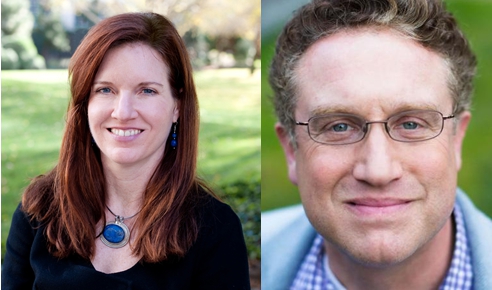 This is the third big exit after Jennifer Kim, director of HR engineering and MarkLiscomb, VP of HR under Geshuri left the company.

Amidst allegation of long hours of work, unsafe working conditions and harassment at Fermont plant, Tesla HR head Arnnon Geshuri has made an exit from the company.

This is the third big exit after Jennifer Kim, director of HR engineering and MarkLiscomb, VP of HR under Geshuri left the company.

According to Worksafe, an organisation based in California with a single objective to make better workplace by preventing injuries, illness and death at workplace, “the working condition at Fremont plant of Tesla is not safe.”

Worksafe reports that in year 2015, the rate of injuries at Tesla was 8.8 injuries per 100 employees. This rate is 31 percent more than the injuries of employees in same year at other factories.

The rate of serious injuries was double the industry rate in year 2015.

Tesla claims that injury rate at its plant has fallen in 2017, which remains challenged by Worksafe report and need further inquiry.

To add to Tesla woes, the employees from the factory recorded the alleged unsafe working conditions, injuries, long hour of work and the incentivized pay structure prompting them to work being injured also.

However, on its official blog, Tesla is in all praise for Geshuri.

Sharing details about the transition and thanking Geshuri for his contribution, the blog stated, “We would like to give a special thanks to Arnnon Geshuri, who has led HR at Tesla for more than eight years. Arnnon helped in the transition of Tesla from a small car company that many doubted would ever succeed, to an integrated sustainable energy company with more than 30,000 employees around the globe.”

Geshuri is considered as the architect of Tesla. When he joined Tesla in 2010, the company’s employee strength was only 500. It has grown to 30,000 in the last eight years.  Then he had moved from Google where he was chief staffing architect. Between 2004 and 2010 when Geshuri was with Google, the company grew from 2500 to 20,000 employees.

Geshuri will be replaced by Gaby Toledano who is an executive of a video game publisher company, Electronic Arts (EA). Prior to this she led HR team at Siebel Systems. She has also worked in HR leadership positions at Oracle and Microsoft.

“We would like to welcome Gaby Toledano, who has joined Tesla as chief people officer, leading human resources and facilities, reporting to Elon Musk. We’re excited for Gaby to bring her experience and leadership to Tesla as we accelerate towards a sustainable future,” the company mentioned in an official blog.

Toledano joins Tesla after 10 years on the executive team at EA, during a time of transformation and growth. Before EA, Toledano led human resources at Siebel Systems. She has also held HR leadership positions at both Microsoft and Oracle, and currently sits on four technology boards.

While Tesla prepares for the next chapter in its growth, Geshuri will be taking a short break before moving on to a new endeavour. “We’re grateful for all that he has done for Tesla,” the company said.