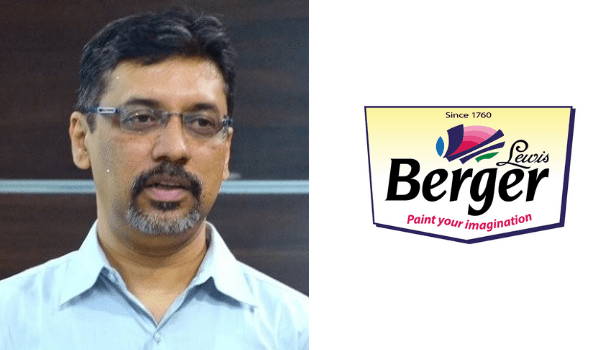 Samar Banerjee has joined Berger Paints as group head – HR for India operations. He will be responsible for leading the people strategy function for India. Banerjee has more than 20 years of experience in HR and IR. Prior to this role, Banerjee was the CHRO at Nu Vista (formerly known as Emami Cement), where he served for more than five years in multiple roles.

Banerjee, who is an economics graduate, has worked with different sectors, such as FMCG, automobiles, cements and media in his two-decade long career.

After completing his PGD in personnel management and industrial relations, from Xavier Institute of Social Sciences in 1995, Banerjee started his career with Eicher Tractors where he worked for four years. The last role he served there was that of deputy manager. Moving on, he joined ICI india (now AkzoNobel India) as ER manager for three years. In 2005, he moved to Pepsico as ER manager in the eastern region.

The year 2006 saw him taking on the role of regional head – HR at ACC. By then, he had already honed his skills in IR for over eight years. Five years later, he was promoted to the position of VP-talent management. Banerjee also served as the head of HR shared services at Bennet Coleman & Company for close to two years.

In 2016, Banerjee took on the role of AVP & HR head at Emami Cements. In this role too, he saw success and was soon elevated to the post of VP-HR and finally CHRO in 2020, after the Company was rebranded as Nu Vista.