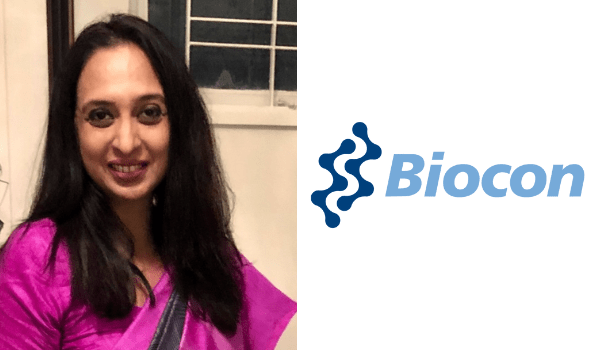 Biocon, a biopharmaceutical company, has hired Joyeeta Chatterjee as its new vice president-HR. Chatterjee will lead the HRBP function coupled with organisation development, learning and development and talent management.

Chatterjee’s appointment is a great value addition to the Company’s existing HR leadership team. Prior to this appointment, Chatterjee was working with Future Consumer as its chief people officer, heading the HR function for the Future Group’s FMCG arm, which had over 30 brands under it.

Future Consumer is among the 19 group of companies which would be merged with Future Enterprises and will be transferred to Reliance Retail as per the Rs 24,713 crore deal, which was announced in August 2021.

Chatterjee worked with Future Consumer for close to two years and before that, she was with Punj Lloyd Group which is into giving engineering, procurement & construction (EPC) services in the energy and infrastructure sector.

At Punj Lloyd, Chatterjee was the EVP-HR and besides managing HR for a workforce of 9,500, she was also leading the CSR function for the Group and played a key role in building an appreciative and a high-performing culture.

Chatterjee carries over 25 years of experience in HR and this is certainly not her first experience of leading the HR function for a pharma company. She has worked with Sun Pharma and Jubilant Life Sciences earlier in her career, where she has successfully led the HR function. Chatterjee has worked across industries such as logistics, media, IT, telecom, FMCG and construction.

After obtaining her master’s degree in personnel and business management from the Symbiosis Institute of Business Management in 1994, she joined Blue Dart Express in the HR function. Next, she worked with Business Standard and Xansa for two years each, before moving to Ranbaxy Laboratories in 2002.

At Ranbaxy, she was heading the business HR function for the newly-formed Global Consumer Healthcare business. She also had a short stint of eight months in the telecom industry working with Bharti Airtel as DGM – HR.

Post that she joined Nortel Networks, where she was leading business HR function for 4000 employees in Asia, Ireland and the UK.

Chatterjee, who holds a bachelor’s degree in sociology from Delhi University, is also a certified MBTI facilitator and CPI 360 coach.