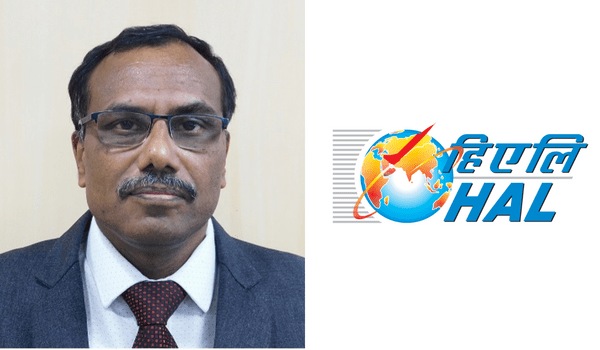 Alok Verma, director – HR, Hindustan Aeronautics (HAL), has superannuated on 30 November, and therefore, ceased to be a director of the company board. Jayadeva E.P, director (operations), HAL, will now take additional charge as the director- HR for a period of three months or till the next orders, whichever is earlier as per a letter from the Ministry of Defence, dated 22 November.

Jayadeva EP joined HAL as a management trainee in 1987 after completing his graduation in electrical engineering. In his more than three-decade long career, he spent time in various divisions at HAL including overhaul, aircraft Division, LCA Tejas and also the corporate office. He played some crucial roles and is known for some significant accomplishments such as managing the new fighter aircraft manufacturing, overhaul and upgrade from project inception to execution stage.

During his corporate-planning stint he helped frame prospective plans for the Company. He was instrumental in establishing the Repair & Overhaul and Upgrade facility for Kiran, Hawk and Mirage aircraft at the Overhaul Division. He was instrumental in developing indigenously high-value ground support and ground- handling equipment for Overhaul and Upgrade lines. He also served as director on two joint venture companies of HAL.

Prior to taking charge as the director (operations) in June, 2022, Jayadeva EP was the general manager, LCA Tejas Division, Bangalore.

Verma also carries more than three decades of experience in HR. He joined HAL in 2006, as deputy manager- HR. Prior to joining HAL, Verma worked with National Fertilisers for 18 long years and served his last position as manager, personnel & admin.

Sanchayan Paul is the new CHRO at Modenik