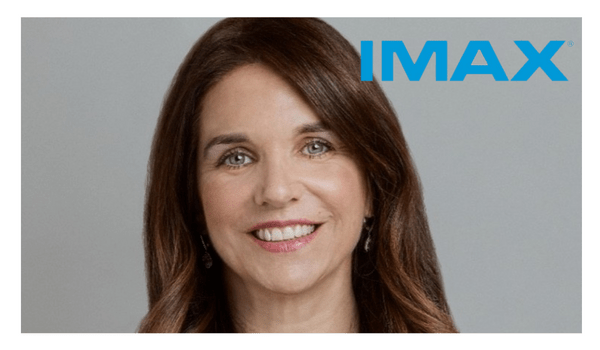 IMAX Corporation, the global entertainment technology company has roped in Michele Golden as its global chief people officer. She moves from HBO Max, where she was CHRO and also advisor to head of HBO Max as part of the executive leadership team, for two years.

Golden, who comes with well over two decades of experience, served the longest stint of her career with Turner Broadcasting, a division of Time Warner. She joined the Company in 1999, as HR consultant, Turner Sports and HRBP. In the 14+ years that she spent there, she climbed up the corporate ladder to finally become the vice president of talent management and diversity, equity & inclusion leader in May 2007. She successfully essayed this role for over six years.

Amongst other responsibilities, she lead and executed Turner’s global integrated talent -management strategy aligning succession planning, executive development, employee learning and performance efforts with the growth plans of the business.

She lead all people and culture functions for WarnerMedia’s (and its predecessor company, Turner Broadcasting’s) distribution revenue division, portfolio of domestic entertainment, animation and sports brands. Almost six years into this role, she moved to Xandr.

She joined as CHRO and advisor to CEO of Xandr, an AT&T company, in 2019. This was a short stint of just a year, after which she joined Warner Bros. Discovery, as CHRO, HBO Max.

In the initial years of her career, she was also associated with Ford Motor Company for over five years as labour relations representative and salaried personnel associate.

An alumna of Vanderbilt University-Owen Graduate School of Management, talent management, succession planning and performance management are her forte.

In her latest assignment at IMAX, she will lead HR, recruiting, talent management, as well as DE&I for the Company.