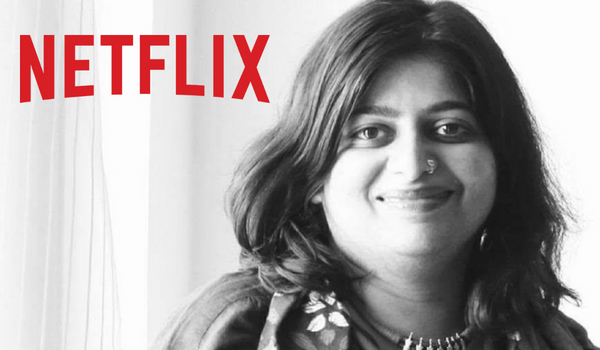 After the recent appointment of Rohit Suri as the head of talent, India at Netflix, the Company has now hired Madhumitha Venkataraman as its head of inclusion and diversity.

In this role, Venkataraman will be responsible for building and advancing the inclusion and diversity strategy for Netflix in India and contributing to the overall inclusion strategy, globally, including talent systems, engagement and education and business advisory.

Prior to this appointment, Venkataraman was the head of diversity, inclusion and equity (DE&I) at Hindustan Coca Cola Beverages, where she spent more than two years. In this role, she spearheaded the DE&I agenda at the Company and played an instrumental role in setting up the first factory in Gujarat with 40 per cent women representation.

Under her leadership, Hindustan Coca Cola Beverages was able to ensure a 50 per cent drop in female attrition at the Company within the first year of her joining.

Venkataraman carries more than a decade’s experience as an HR professional and a leader. She has worked for established brands such as GE, Edelwiess Capital, Snapdeal and Mercer.

In the initial phase of her career, Venkataraman honed her skills in recruitment, consulting brands on leadership development and HR business partnering. She started her career with Edelweiss, where she handled lateral recruitment for the Company for various lines of business.

After spending a little more than a year with Edelweiss, she joined Mercer as an analyst and then was promoted as a consultant, helping brands make leadership- development frameworks for diverse industries. She played a crucial part at Mercer in creating an employee-engagement survey tool and also worked on Mercer’s job- evaluation framework.

Three years later, she moved to GE India, where, within six months, she received a promotion and got into an HR business partnering role. In this assignment, she partnered with functions such as technology, sales and services within GE Healthcare. She successfully partnered with the business and solved various people’s problems and drove people’s outcomes. She had a significant hand in introducing leadership-development initiatives for GE South East Asia and developing early talent development programmes for engineers at GE Healthcare India.

In 2015, Venkataraman joined Snapdeal as senior manager – HR and within three months was elevated to head of HR for South and head of diversity and inclusion. She spent a little more than a year at Snapdeal.

Venkataraman is known for delivering her best performance in any role she has been part of.