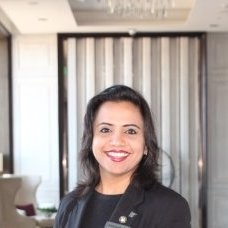 Pal, who has 15 years of experience, will be looking after the training, culture, wellness, operations and related HR functions of the luxury and lifestyle hotel.

Ranjana Pal has been appointed as the new director of HR at Andaz Delhi, the luxury and lifestyle outlet of Hyatt, at Gurgaon.

In her new role, Pal will be overseeing the training, culture, wellness, operations and other related HR functions at the luxury and lifestyle hotel.

Pal comes with over 15 years of experience in HR, and a huge chunk of that experience has been in the hotel industry. In her previous tenure, she was associated with Mariott Hotels as the multi-property director of HR, responsible for overseeing the entire gamut of HR functions at Renaissance, as well as Four Points Sheraton, Ahmedabad.

Having begun her career as an HR executive at Srishty Consultancy in 2004, Pal spent almost a year there before moving on to Neer Info Solutions. She spent two years as a senior HR executive at this staffing solutions organisation, which specialises in IT and telecom placements. Her next stint was with Uflex, a flexible packaging materials provider, where she served as officer-HR.

In 2008, Pal began her journey as an HR professional in the hotel/hospitality business, with St. Laurn Hotels, as assistant manager-HR. After more than two years, she joined Starwood Hotels and Resorts as HR manager.

In 2014, her association with Mariott began when she joined JW Marriott Mussoorie’s Walnut Grove Resort and Spa, as HR manager. That was her first stint in Mussoorie, after which she moved to Chandigarh where she took charge as director- HR in 2016. It was a year later that she joined Renaissance Ahmedabad and Four Points by Sheraton, Ahmedabad, as multi-property director of HR.