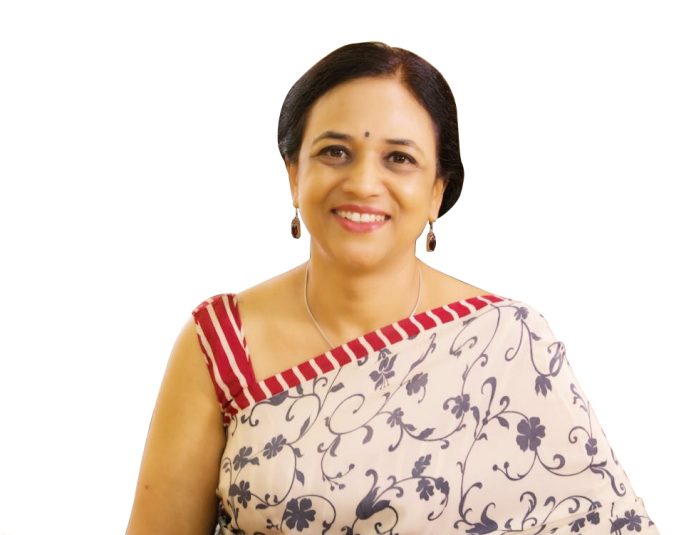 Rachna Mukherjee, CHRO, Schneider Electric, an engineer turned HR professional, has stayed relevant and crucial for the business, even without a formal degree in HR. There was a role in HR, in a newly-launched telecom company, that completely gelled with her profile. She took it up as a challenge, and has never ever regretted doing so.

Rachna Mukherjee is not an HR professional by default. This engineering graduate from BITS, Pilani spent a significant number of years in engineering—designing and developing software—before she plunged into HR.

In the mid-1980s, after attaining her degree, Mukherjee began her professional journey with Blue Star, a Hewlett-Packard company. It was a hardcore techie’s job. At her next destination, government-owned National Informatics Centre (NIC), she continued with her technology profile. At NIC, she got a wider exposure of leading projects, managing the technology team and also training the workforce.

As luck would have it, an opportunity came knocking when in the mid-1990s, the Escorts Group forayed into the telecom sector. The Company needed a person for leadership development; someone with a technological bent of mind. It was a new sector for the Group, which was known for manufacturing tractors and motorcycles. Also, telecom was at a nascent stage in India.

Though Mukherjee was initially reluctant to take up the job, once she did, she never regretted the decision ever, even for a moment.

Primarily, there were two reasons why Mukherjee was hesitant. First, her children were still young and she thought working in a newly born company, would be rather hectic and demanding. Second, in those days, it was considered a mindless act to quit a secure government job for one in a private company, that too a newly launched one. On top of that, the role offered was in an unfamiliar territory.

Despite all odds, Mukherjee took up the challenge with some determination. It’s here that she emerged as a true blue HR professional. The Company not only allowed her to upskill and build her capabilities, but also enhance her knowledge and understanding of HR. It gave her the opportunity to experiment, work, learn and turn things around.

At Escotel, she captured the expectations of the customers and worked on a system and process for employees to achieve customer satisfaction.

Life at Escotel for Mukherjee was full of experiences, and till date she considers this to be the most fulfilling job of her career. It is here that she realised how important it is to understand the business, so that interventions from HR remain critical and idealistic.

When Mukherjee plunged into an HR role, she realised lacked a degree in HR and that could hinder her success in the sector. Circumstances did not allow her to quit her job or take a sabbatical to pursue a full-time course in HR. Instead, she found ways to gain knowledge through smaller capsules of learning. She attended short, week or 10-day long modules to clear her understanding on HR.

Wherever Mukherjee worked, she maintained a close proximity with technology. From Escotel, she moved to IBM Daksh and then to Microsoft, where she was head of people and organisational capability. She spent around five years with these two companies, but was back in the telecom sector with Aircel.

Aircel was at that time emerging to capture the national market from being a regional player. The Company launched its services in 13 circles within a very short time span.

The challenge here for Mukherjee was multitasking and achieving multiple goals, all at the same time. She had to hire people, develop talent and also make them ready for the market almost instantaneously. She had to achieve all this while keeping in mind the harmony of various cultures, as the workforce comprised people from different geographies. And binding them together into one organisation and a uniform culture was no easy task.

In her current role at Schneider Electric too, she stays well connected with technology.

Her mother has been the greatest influence in her life. A career woman herself, Mukherjee’s mother taught her to be determined in what she wants to achieve.

Mukherjee believes it is the individual who has to set expectations and work hard and contribute towards it.

She enjoys gardening and loves to spend her spare time with her plants. She also plays table tennis and badminton, besides enjoying swimming.

HRK News Bureau - May 20, 2022
0
Indian Railways has abolished at least 72,000 Group C and D posts over the last six years in response to a proposal for surrendering...

Rajesh Sahay: It’s all about discipline, integrity and humility

Chaitanya N Sreenivas: Learn, share, give back and the rest will...