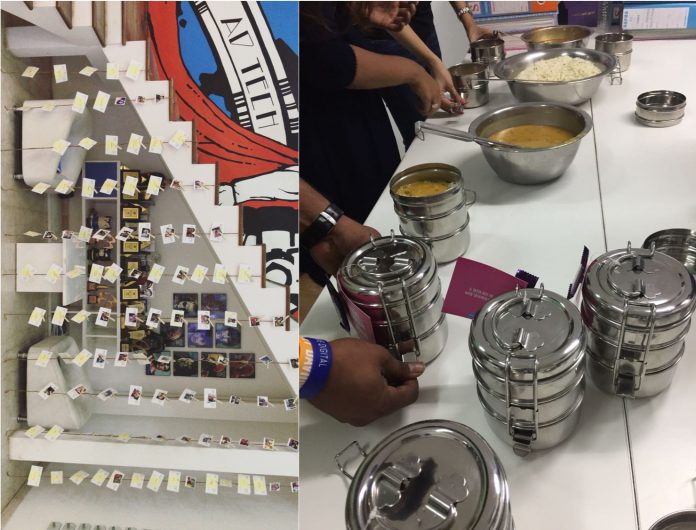 The professional world celebrated Mother’s Day in interesting ways, to make the employees or their mothers feel special.

If giving birth is miraculous, then raising a child is a task incomparable with any other. That is why, mothers are considered as God’s most innovative creations. Though mothers put in efforts to make things work for themselves and their children every day, it is this one day when the world decides to celebrate the special power of motherhood. Mother’s Day was celebrated on May 13 this year, across the globe and the world of work also did the same in interesting ways, to make their employees or their mothers feel special.

WATConsult, a Mumbai-based digital agency, which is part of the Dentsu Aegis Network, thought of an out-of-the-box initiative to make the day unique for its workforce and their moms. The activity started with hand-written letters from the employees being couriered to their mothers, as a surprise, irrespective of the distance. The Company also got the mothers of the employees to share videos and hand-written messages in return, which were displayed in the office.

Many people these days are out, travelling for work or relocating for their jobs. Their professional commitments take them away from their families, often causing emptiness in their lives. Rajat Panigrahi, a freelance aptitude trainer, has to frequently travel across the country for his projects. He says, “Due to disproportionate growth in cities, such as Delhi, Mumbai, Chennai and other metros, youth from other parts of the country—mostly the low- income states—flock to these places. This creates a void; a distance from the family, which is at times ignored in the corporate culture.”

Keeping this in mind, WATConsult displayed a strong sense of care and concern for what its employees felt on being away from their families, especially moms. The Company also provided ‘Maa ke Haath ka Khana’—home-cooked food— to 400 kids at Aashadan, an orphanage in Dadar, Mumbai. The intention was to bring some cheer into the lives of these kids who are differently abled and orphans.

Heeru Dingra, HR director at WATConsult says, “The central idea of this campaign was ‘Maa ke Haath ka Khana’, which a lot of us who are working, away from our families these days, are deprived of, at some point or the other.” She mentioned that around 400 tiffins were prepared by the mothers in the Company and sent to the local orphanage and to some other needy.

One of the employees at WATConsult, Mitchelle Jansen, a senior account manager, shares her experience thus —“Many moms wrote messages for their children, which is not usually the case, as my mom is not that sort, so it was something unexpected of her. Though I live with her there are many interns and freshers who come from Delhi, Kolkata or other cities and they seemed the happiest bunch after this employee-engagement programme.”

In another interesting drive, Godrej, which is known for its commitment to building an inclusive culture, released a heart-warming video on what it takes #toraiseachild. Conceptualised by Creative Land Asia, the film is an ode to all the mothers that don multiple hats throughout their professional and personal lives, and yet, continue to play their role as mother with such ease.

The film captures mothers that work at Godrej along with their children, and takes us through a journey of what makes raising a child an even better and fulfilling journey for them. It takes an inclusive workplace, not just with reference to their employees but also all those who are dear to them. The film takes us through a number of workplace policies that should be part of this journey of motherhood to ensure our future generations are raised well and we have a brighter tomorrow.

Talking of the same, Tanya Dubash, executive director and chief brand officer, Godrej Group says, “At Godrej, we have always been extremely committed to creating an inclusive culture. Ensuring the most progressive and inclusive parental policies has always been a priority for us. This film allows us to celebrate all mothers, as they not just raise children but our future”!

Adobe India bridges the wage gap between men and women

How Merck invited women to join the pharma salesforce