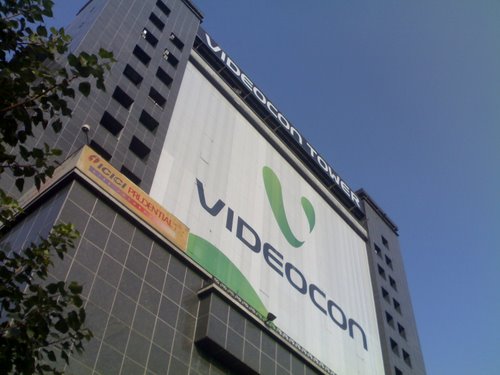 Workers at Videocon Industries’ Aurangabad plant are losing their patience. Not surprising, since they have not been paid salaries for the last 10 months. There are around 6,000 workers in that plant.

Depending on the order, the Aurangabad plant manages third-party production of refrigerators, washing machines and other electrical appliances for companies, such as LG, Philips and Hyundai. However, the existing workers are not being allowed to work or even enter the plant.

Gajanan Bandu Khandare, president, Videocon Group Employees Union, shares with HRKatha, “The management is carrying on production activity with the help of some trainee workers. We have been asking them to provide us work and pay us, but the management is not ready to listen to us.”

Khandare adds that it has been difficult for the workers to make their ends meet. Unable to pay for the education of their children and take care of other household expenses, they are forced to take up menial jobs, such as driving a cycle rickshaw.

“Workers in their 50s are now dependent on their children to meet the household expenses,” mentions Khandare.

Khandare has alleged that the management has refused to pay attention to the requests of the workers. They are running away from their responsibilities and refuse to answer the questions of their workers. When employees try to raise their voice against the management, they are charged with false criminal cases and thrown behind bars.

“I myself have been jailed three times for protesting against the management,” says Khandare.

According to Khandare, the promoters of the Company, Pradip Dhoot and Rajkumar Dhoot came to visit the plant with personal security. However, neither did they talk to the workers nor were the workers allowed to meet or discusses matters with them.

Khandare explained that a day earlier when Pradip Dhoot visited the plant and some workers asked him when their salaries will be released, Dhoot answered saying, ‘I don’t have any money to pay you right now. If I come into some money in the future, I will do the needful.’

There are three unions in Videocon industries. According to Khandare, the other two unions are taking sides with the management.

HRKatha also made some futile attempts to contact the other union leaders and executives.

The few officers from the labour department in that area, that HRKatha tried to talk to, refused to comment on the same.

Khandare shares that since the time they spoke to the media and started the agitation, workers have not been allowed to enter the plant premises.

The workers are waiting for the management to take notice of their demands. However, since the management has refused to pay any attention to them, the workers will now file a case against Videocon Industries.

“We will not stay put and get further harassed by the management. We will file a case against the Company in the industrial court and labour court,” says Khandare.

Earlier, workers won a case against the firm where the Company was asked to pay minimum wages of Rs 10,500. According to Khandare, there are many cases like these pending against the firm in the court, since 2014.

When Videocon started defaulting loans, its executives also left the Company. According to reports in the media, executives have filed claims in IRP (Interim Resolution Professional), which had gone up to Rs 103.5 crore until 27 May. Many of the executives who raised their voices have been charged with criminal cases.

Apart from that, IRP has also received claims of Rs 59,452 crore from financial institutions and Rs 57,823 crore from the Dhoot family members, who provided personal guarantees for loan facilities.

Financial institutions also have a claim of about Rs 26,673 crore against Videocon Telecom, yet another bankrupt firm of the Group.

Airtel wakes up to gender diversity