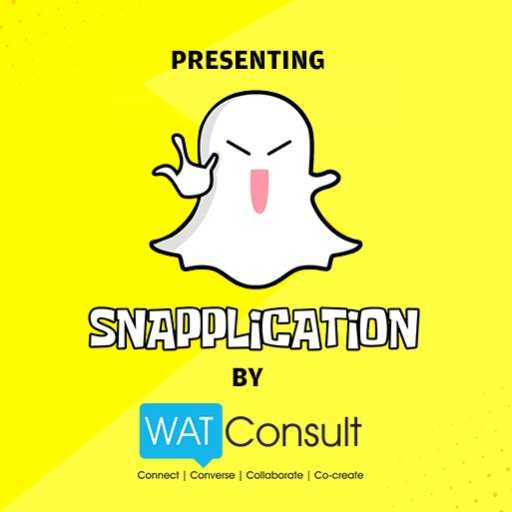 Snapplication is aimed at reaching out to the digital savvy youth, who are early adopters of newer social media platforms.

The path of digital hiring, especially social media recruiting, has been treaded by many. However, there is always scope for innovation in the ways potential candidates can be reached through digital platforms. Following the trend, WATConsult, a digital and social media agency that’s now part of the Dentsu Aegis Network, recently concluded a digital recruitment campaign, ‘Snapplication’.

This campaign was targeted at the tech-savvy youth, specifically in the age bracket of 21–24. The campaign with two interesting phases was able to generate enough curiosity among the target audience. It received a massive turnout on social media with the Facebook Page receiving nearly 3000 organic likes and engaging 80, 515 users daily. The daily page impressions went up to 9, 07,107. On Twitter, #Snapplication trended for three hours creating 18.7 million impressions, 2337 tweets and 126 re-tweets. Average tweets per day counted up to 824 tweets.

“The idea behind launching Snapplication was to reach out to digital savvy youth, who are early adopters of newer social media platforms. We received great responses, along with some good resumes and hires too” shared Rajiv Dingra, founder and CEO, WATConsult.

In the first phase of the campaign, WATConsult released a teaser on Facebook, Twitter and Instagram to give users on Snapchat a sneak peek of their office and work culture. In the following phase, a week later, it put up 10-second videos of it team, offices, journey of the organisation so far, experiences of old employees across the Mumbai, Bangalore and Delhi offices, and invited Snapplications (Snapchat applications). Interested candidates had to apply by uploading a 10-second video on Snapchat, sharing their passion and interest areas, and accordingly getting an opportunity to work on those brands.

The Snapchat account received nearly 200 new followers and close to 100 applications. Overall 500 snaps were uploaded, which received an average of 182 views. These numbers not only speak volumes about the power of social media and other digital platforms, but also show how HR can optimise these in unique ways, going beyond the conventional methods of talent management.