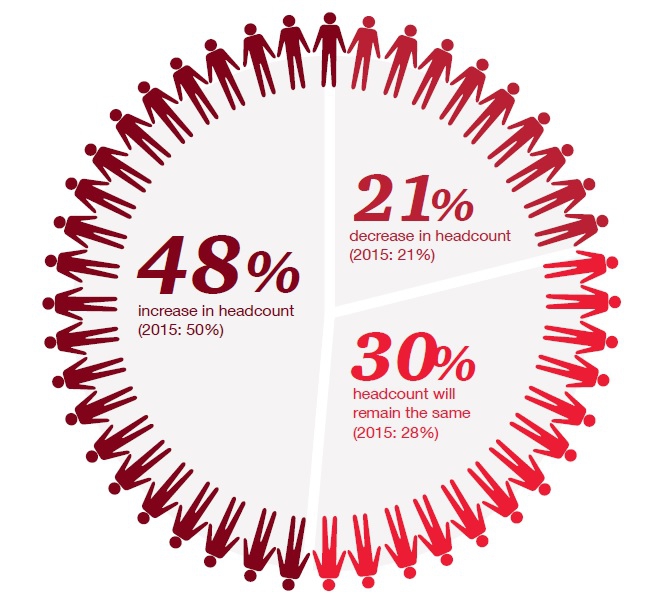 CEOs increasingly believe that people want to support and work for organisations they can trust, with values that mirror their own.

CEOs across the world have had a strong realisation which says that today businesses can’t acquire or retain talent just on the mere financial objectives and goals. More and more CEOs are of the opinion that to acquire best talent, their organisation needs to look beyond and have strong values because people would like to work with organisations which are focused on benefitting society, and whose values mirror their own.

According to PwC Global CEO survey – ‘People and purpose: Talent strategy in an unpredictable world’, 67 per cent of CEOs interviewed believe that in the next five years organisational values will attract the best talent, which is why they are revamping their talent strategy, accordingly.

However, a sizeable number of CEOs (38 per cent) still believe competitive pay was a bigger attraction.

Around 49 per cent of the CE respondents said that their focus was on creating a pipeline of leaders for tomorrow, while 41 per cent of respondents called culture and behaviours as priority. Around 38 per cent of CEOs also wanted to focus on performance management.

Although, competitive pay has its own importance for most employees, but the power of purpose and values can’t be ignored, the report shared. The Employer Value Proposition (EVP) has become the new driving force in talent recruitment, management and retention.

Kunal Bahl, co-founder and CEO of Snapdeal, India, one of the CEOs interviewed by PWC, says, “Businesses can do a lot of things to communicate their impact on society. One of the challenges globally for digital businesses, because they are very start-up oriented, very entrepreneurial, and often very inward focused, they forget the fact that it’s important to communicate to the broader ecosystem the impact that that business is having.”

As per the study, 69 per cent of CEOs said that their organisation’s purpose was focused on societal value while 24 per cent agreed that their respective organisations have changed their purpose in the last three years to make it so.

CEOs across the globe feel that the business world is becoming increasingly uncertain, fast-moving, unpredictable and fragmented. In such a scenario, it has become imperative for them to have better people strategies and a strong corporate purpose with broader societal values.

Jon Andrews, leader of PwC’s global people and organisation practice, said, “CEOs clearly recognise the importance of attracting and retaining talent. They are also clear on the importance of their organisation’s values and purpose in achieving this. The challenge for CEOs and their HR function is in knowing where to start in creating an organisation that not only has a clear and compelling set of values and purpose, but that it lives and breathes these on a day-to-day basis”.

Though most CEOs agree to make changes in talent strategies to adjust to changing needs however, execution of these strategies remains a huge challenge. Around 72 per cent of CEO respondents are worried about availability of key skills, but only 30 per cent of them are focused on upgrading the skills and adaptability of their people. Surprisingly, in a technology driven environment, only 4 per cent of CEOs see the need for predictive people analytics as a priority in their talent strategy.

Another interesting finding from the survey is that despite all the globalisation, a lot of business leaders see increased fragmentation and division. A whopping 83 per cent of CEOs believe the world is moving towards multiple beliefs and value systems which makes it all the more challenging to run a global business.

As the survey reveals that the world is moving towards a more unpredictable future, organisations will need to rethink where to invest their energies to cope with the coming times.

The ability to adapt, reskill and amend people strategies is what will keep the mill running. Also, cost will always be a concern however organisations still need to invest more in people in this environment. ‘Talent is a crucial driver of value; get it right and costs are reduced while revenue improves. It’s people who power your bottom line’ says the report.

The survey asked 1,409 CEOs across 83 countries for their views and found out that issues around talent rated high on the agenda.