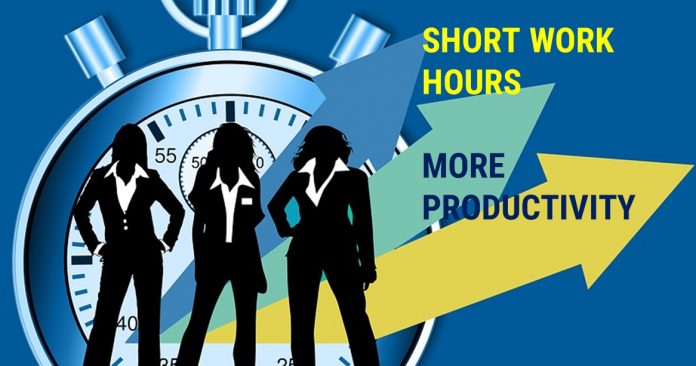 In Luxembourg, people work for only 29 hours per week, and the country has the highest productivity of £51.80 per person per hour. Find out about the most productive countries with minimum working hours.

Hard work pays, but smart work pays even more. If people work dedicatedly in the scheduled hours, productivity is bound to increase. In India, people have the tendency to work long hours, but with minimum productivity.

Compare this to some of the most productive countries in the world, which have the shortest working weeks.

In Luxembourg, people work for only 29 hours per week, and the country has the highest productivity of £51.80 per person per hour. An average Luxembourg citizen earns more than double that of the average UK employee, by working three hours less each week. Also, Luxembourg’s productivity is still rising, showing a four per cent increase even on last year’s winning total.

The Scandinavian country, Norway, puts in even lesser number of hours at work — 27 per week—and its productivity per person per hour is £ 39.72. Norway workers are more than twice as productive, in monetary terms, than those in Israel, Japan, and the UK. Norway’s labour laws are among the most generous in the world, granting workers a minimum of 21 paid vacation days a year and often allowing parents with young children the right to reduce their hours. In addition, maternity leave can extend to 43 weeks at full pay, or 53 weeks at reduced pay.

Next in line is Switzerland, with an average of 30 work hours per week and a productivity of £37.89 per person, per hour. The country, known for its efficiency and the timeliness of its trains, has made it compulsory for all employees (both part time and full time ) to go for a minimum of four weeks’ paid annual leave during every year of service with their employer.

Denmark is the second Scandinavian country to feature in this list with a productivity of £28.87 and an average working hours per week of 27. Denmark has been attracting lot of foreign workers lately. According to a new report from the Confederation of Danish Industry, Dansk Industri, for the first time ever, over 200,000 foreign workers have full-time employment in Denmark. Danish workers have a right to at least five weeks of paid vacation each year. Denmark’s labour laws are based on a concept called ‘flexicurity’ — a unique model in which it’s easy for employers to either hire or fire workers, but workers are also protected by a generous government safety net. Unemployment benefits can last up to two years.

At No. 5 is Iceland, where the average working period is 36 hours a week with a productivity of £27.63. This country, of 330,000 people, has high productivity levels but work–life balance is a concern. Icelanders complain of not having adequate time to spend on personal and leisure activities. Nonetheless, Icelanders have a higher rate of satisfaction for their lives than the average responses surveyed by the Organisation for Economic Co-operation and Development (OECD).

The US also has a comparatively long working duration of 34 hours a week and the productivity per person per hour is only £25.74. The US is the most productive among the English-speaking countries in the world, followed by Australia, where people put in 32 hours a week at work and have productivity of £25.47.

Among the Asian countries, Japan has the highest productivity level of £17.21 and an average work duration of 32 hours. South Korea has a history of long working hours —40 hours a week and a productivity of £10.61.

India and China do not figure in this list of 36 countries, which includes names, such as Mexico, Costa Rica, Russia and Israel.

Significant reskilling required for 54 per cent of Indian population: WEF...