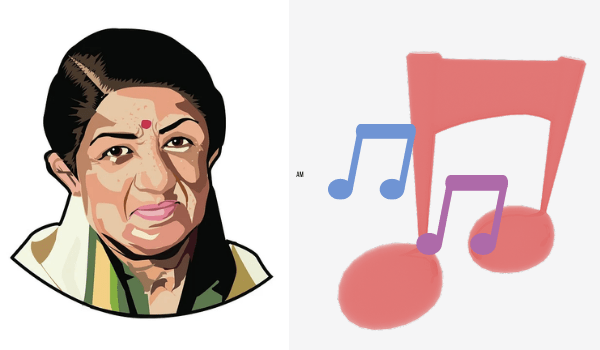 On February 6, India woke up to some tuneless news. The voice that had soothed the nation for over seven decades had ceased for good. Lata Mangeshkar, one of the heroes of independent India, had left to join the cosmic chorus. While her songs will still provide a permanent background score to India’s growing story, there is another aspect of hers which is not spoken about as much.

She was also one of India’s first true creative superstars. She showed many, how a career could be forged along paths, which at that time, were extremely off beat. In doing so, she left us with a plethora of lessons that may help us make the right music, when we embark on career paths in creativity and innovation. Here’s how…

Lataji began formal training at the age of 5, under the tutelage of her father, Deenanath Mangeshkar, a famed musician in his own right. Needless to say, her precocious talent was honed and crafted at a tender age. She recorded her first song at 13 and never looked back.

There was a brief dalliance with acting in films in her early years, mainly due to economic reasons. However, once things changed and she appreciated her true calling, she stayed on the straight and narrow path of playback singing for close to 70 years! A feat only possible for someone with extraordinary discipline. Singing was the heart and soul of her existence. It was her greatest obsession.

In these days of easy diversions, it is very rare to find someone who stays focused. While many show early promise, it is only those who absolutely love what they do, who stay the course. There are several trending videos of young prodigies in various domains, who attain a few moments of fame; and yet, as the years roll on, find that their interests lie elsewhere.

Lataji’s fellow citizen from Mumbai, Sachin Tendulkar, is one of the rare cases whose promise was evident even at school level. His talent, determination, and unwavering love for the game ensured a glorious career when he graduated to playing for India as well. Starting early can help careers reach a crescendo, but only if one stays focused.

Early in her career, Lataji faced scepticism from the cynics. They felt — quite unfairly, given her Maharashtrian background — she would not be able to sound off Hindi lyrics in a phonetically correct manner.

However, rigorous practice with her trainer, Ustad Aman Ali Khan, coupled with developing the mindset and habit of closely observing how those who were conversant in Hindi and Urdu would speak, she was able to emphatically shut off all other voices, whenever she took up the microphone. The proof that she could do, what they doubted she would be able to, was all too evident to hear. And the shattering of those barriers may have sounded all the more pleasant to her ears.

Innovative and creative voyagers have to develop a thick skin for the words of naysayers. The very idea of being creative, is to walk a path different from the norm, and is a target for easy criticism. All great innovators have had to suffer and combat this. Usually, the harshest criticism comes early. And how a person is able to counter this and emerge stronger, goes a long way in determining their success. Einstein was told by his teacher he wouldn’t amount to much. Zidane, initially tried to play football for Algeria; and was told he was too slow. Amitabh Bachchan was informed that his voice would not even be suitable for a radio announcer. It is fortunate for the world, that these men were able to rise over that cacophony of useless opinions.

Many of Lataji’s most famous and iconic songs, have her trying to capture the feelings of either a doting mother, or a loving wife. This, she managed to do like few others had done before, or anyone has managed since. Yet, both those roles were not part of her own life experience. Her ability to deeply see things through the eyes of the character she was singing for, ensured she would develop the appropriate empathy and perspective. This enabled her to really put ‘the soul’ in all those songs. Her voice became synonymous with the expression of those emotions. This was truly a creative act in its purest form.

A lot of innovative ventures are innovative because they are able to put themselves in the customer’s shoes, and see how things feel from that side of the table. This allows companies to really address their (the customers’) pain points.

When Flipkart introduced its ‘cash on delivery’ feature, it was a game changer in India. It showed that the organisation understood how reluctant Indians were to swipe their credit cards online, especially in the early days of e-commerce.

Developing this ‘out of one’s own body’ perspective, is a key skill to hone for all those chasing creative dreams.

Lata Mangeshkar was way ahead of her times, when in the sixties, she asked for royalties for her songs. This was absolutely unheard of at the time. Her stance made her unpopular and antagonised many people from the trade.

However, she firmly stood by her principles, even though it turned some prominent film and music directors, and even fellow singers, against her. It was a difficult phase, which entailed a lot of courage, because things could have easily gone sour. The Bollywood singers of today, perhaps need to thank her for the pioneering steps she took in that direction. Her firmness ensured they got the right amount of notes, even as they sang them.

Creative people (though not all) generally don’t care much for money. The work in itself is the greatest reward for them. This probably is one mindset which needs to be relooked at. It can lead to shorter careers, with one returning to the shores of the safety of a secure job, once the funds begin to dry.

Valuing one’s work highly, is a way of not just rising in the perception of others, but also in one’s own eyes. In modern times, following up and tracking where one’s work is being showcased, and whether monies are being made thereof, is also extremely necessary, and justifiably so.

Great creative work has the happy trait of accruing attention and wealth. It would be tragic if one of its creators was not given her just dues, whenever that happens.

Over a career spanning more than seven decades, Lataji sang over 30,000 songs, in around 36 languages. These numbers are very important. They show range, durability and the willingness to relentlessly work more — all hallmarks of great creative people.

That is why, today, it is so difficult to pick a ‘top ten’ from her songs. There are simply too many.

Many people will have entirely different compilations, depending on when they first listened to her, where they come from and so on. This humongous volume is bound to ensure her place in Indian hearts forever.

Linus Pauling, the American chemist, once said, “the best way to get a good idea, is to have a lot of ideas”. He should know something about this, considering he was one of the very few to win more than one Nobel Prize.

Da Vinci produced literally thousands of paintings, and not all of them were the Mona Lisa. Innovative organisations such as 3M, Apple and Disney, possibly produce as many duds, as they create winning products.

Being creative means one will fail from time to time. The way to prosper is to produce enough work to maximise one’s chance of success and recognition. 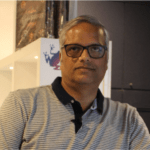 Why self-discipline is a must in IR