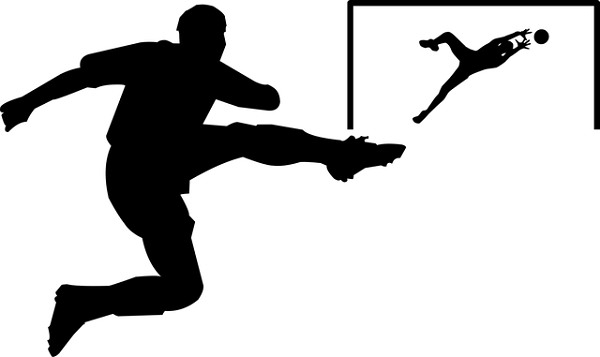 The resumption of the Champions League came as a breath of fresh amidst the pandemic. The shortened format of the competition coupled with games coming in thick and fast, provided for a shot of much-needed adrenaline to many who were feeling listless.

However, beyond the wonderful skills, pulsating goals and unusual spectacle of matches conducted in empty stadiums, there were also very pertinent insights kindled, when it comes to the domain of leadership.

Football often provides a great stage to see a leader in action. The results are there for all to witness. The learning process is perhaps far more enjoyable than sitting through hours of seminars or lectures. However, it takes a desire to look beyond the obvious; and pay attention to ‘why’ something happens and not just ‘how’ it unfolds. Here are a few lessons gleaned from the gladiators showcasing their wares this season.

Undoubtedly Pep Guardiola has been one of football’s greatest coaches. His tactical acumen, his retooling of the ‘Tiki-taka’ style of playing, and his pushing of players to their truest potential; all of it will surely contribute to his glittering legacy. However, he does tend to overthink at times. This was never more evident than in his tactics against an on paper ‘weaker’ team-Lyon, in a crunch quarterfinal. He chose to change a proven game plan that had worked for a few seasons quite inexplicably. He wished to try out something new and alien for his team, needless to say, it ended in disaster for him.

Sometimes, leaders, known for their brilliant strategic thinking, tend to overcompensate. They feel a new challenge needs a clever, new idea; even when the ongoing process, culture and approach is more than capable of handling the situation. Probably at a deeper level, there is a compelling urge to leave a ‘personal mark’ on every triumph. They fail to see that, at times, the ‘same old same old’ is not necessarily such a bad thing. As the ancients would say, the new can be exciting but the old is quite simply gold.

Quieting down when things get Messi

Lionel Messi is surely one of the all-time greats, his astounding talents putting him in an elite list that one may count on the fingers of one hand. For all his legendary skill, however, Messi has never quite sparkled as a leader and captain. His usual approach has let his exploits inspire those around him to greater deeds. Once a while, everyone has an off day. Sometimes, the entire team can be at sixes and sevens. That is exactly what happened when Messi’s Barcelona ran into a formidable Bayern Munich, in the quarter final. As they were being blown away, Messi’s lack of passionate exhortation, absence of any kind of communication, and no apparent effort to pick up his team mates; went as missing as his ‘trapped in bewilderment’ Barcelona team.

Leaders have to master the art of communication. In these pandemic times, the value of this skill has gone up more than ever before. This, especially given the lack of personal contact, is something we took for granted for so long. When things are bad, people look to their leader for guidance, inspiration and emotional support. Good times do not really require leaders. It is in a crisis that true leaders make their mark. Silence is a useful weapon to connote displeasure at times. However, when things are really at stake, one has to get vocal. It is the voice of the leader that provides the background score to the fight-back effort. If the leader chooses to say nothing, the symphony of the orchestra may simply descend into chaos and cacophony.

Urging others to turn over a Neuer leaf

In a key moment in the same match featuring Messi, the example of the opposing captain came to the fore. Barcelona received a lifeline when one of Bayern’s defenders inadvertently slammed the ball into his own net. The player, David Alaba, was understandably crestfallen at his miskick. His concentration level could have dropped dramatically at that moment, but Manuel Neuer, the Bayern goal keeper and captain, quickly picked him up, smiled and told him to forget about it. That instant response from Bayern’s legendary custodian ensured Alaba could truly put his mistake behind him, and start excelling again.

Debacles are a part of daily life, even at the office. Sometimes, a catastrophe happens despite everyone’s best efforts. If such is the case, it is important for the leaders to acknowledge the honest shortcomings, see the funny side of things and inspire their teams to start again. Not every mistake merits a reprimand. Some even entail a hand-on-the-shoulder approach (metaphorically speaking of course, in these days of social distancing). It is in the interest of the leaders to keep their team members focused and motivated. This is where the art of avoiding the urge to censure or rebuke comes in. If things can conclude on a happy note, the possibilities of correction are even better.

There’s no Flicking past man management

Just a few months ago, the German giants Bayern Munich were in a slump. They had fired their previous coach and the team seemed in disarray. That is when Hansi Flick stepped in. One of the greatest things he did, was to build a personal connection with every member of the team. In interviews subsequently, nearly every player spoke of how he connected with them, at a human level first before the professional. This helped bond the team magnificently. They went on an unprecedented unbeaten run, and swept all before them to win that most prestigious of all prizes – The Champions League.

‘Managers are aplenty, but leaders very rare,’ goes the popular maxim. Perhaps this needs to be paraphrased to, ‘managers are aplenty, but leaders who man-manage are truly rare’. Leadership often gets associated with high-profile callings, such as vision setting and strategy implementation. However, at the very fundamental level, it is, and always has been, all about getting more out of one’s team. It is about ensuring that the individual potential in the team, adds up to a bit more than the collective sum. It is about getting people to go theat extra mile. Eventually, leadership is a return to the fundamental basics that govern all human interactions. If one connects with someone’s heart; their mind, body and soul will willingly follow.

To conclude, lessons in leadership may be found in the most unexpected places. All it takes is a discerning mind to adopt unconventional stages as one’s teachers. When one is willing to do that, there’s always the prospect of scoring some great goals in terms of personal development.

Written by Vinay Kanchan, bestselling author, brand storyteller and innovation catalyst. His books include ‘Sportivity’, ‘Lessons from the Playground’ and ‘The Madness Starts at 9’.

Why wholehearted appreciation is key to efficient IR