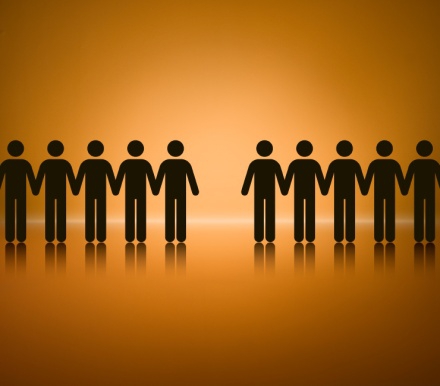 Forced presenteeism due to pressure to display discipline and performance may be counterproductive.

Organizations have always fretted over absenteeism, as it is not in the best interest of the business. However, even presenteeism—with people coming in to work sick or half-productive— is not a great idea for business sustainability. While absence from the workplace may harm the business in several ways, even forcing people to attend work—just for the sake of being there—may not be beneficial in the long run. The dilemma is never ending.

Absenteeism can lead to various issues and impact many things—work not getting done on time or the rest of the employees getting over-worked, and drop in overall productivity. However, consider having sick, upset, frustrated, half-hearted employees at the workplace! At times, the pressure to display discipline and the fear of being judged as a non-performer, may force an employee to show up for work even in an ill or non-productive state.

Such presenteeism has been linked strongly with an increase in stress-related absence in the longer run. Heavy workload or lack of job security could worsen the scenario, increasing presenteeism. But then, a balance can be attained with the help of improved management practices and a conducive environment.

Explaining what can worsen absenteeism, Anil Misra, CHRO, Magic Bricks says, “In organizations, which insist upon check-in timings, minimum work hours and so on, employees may simply attend work as a tick in the box, at times.” “Too much control and monitoring, may turn off your employees. Rather, they may end up being more productive if you entrust the responsibilities upon them without policing around all the time,”.

Productivity may be compromised in such situations, as employees’ focus shifts from getting work done to logging in the stipulated number of hours.

Misra is of the view that responsible and dedicated employees know when they need to stretch and when they can relax, which is why trust is crucial. With trust, empowerment and self-discipline, employees tend to go an extra mile. Too much monitoring and rigid controls, on the other hand, will only prove detrimental to organization, increasing absenteeism. In addition, Misra shares that this level of control may be justified in a factory setup, where standard work hours and roles make it a mechanical process that needs to be followed as is.

In addition, with the new generations that make up a majority of the workforce in the current times, flexibility in the workplace is the new norm and not rigidity. In line with that, Subhankar Ghose, chief people officer, Zoom Insurance Brokers, shares that unusual absenteeism is mostly a result of people being dissatisfied with their work environment, or not happy with their peers or the line manager.

‘Absenteeism due to health reasons is generally psychophysical – wherein its only 60–70 percent psychological. Dedicated and responsible employees will never contribute to unusual absenteeism until there is a very serious health concern. And, at the same time, extreme absenteeism is a sign that the employees are disengaged in the workplace,” Ghose opines.

That said, even disconnected employees add to presenteeism that may do more harm than good to an organisation. According to Ghose,

“At times, its better people take time off and come back to work rejuvenated and motivated to work in full swing, rather than stay at work and keep slogging simply for the sake of being there. This is why we sometimes encourage people to take leave.”

He believes that absenteeism can be curtailed if organisations are able to provide a flexible work environment that encourages open discussions, where people feel comfortable sharing their concerns, if any. Escapism will automatically come down if people know that it is only their deliverables that matter and not the number of hours they spend at office.

To conclude, it is difficult to decide what’s worse between absenteeism and presenteeism, but the two certainly have their own negative impacts on the workplace. It’s just that organisations need to be wary of letting absenteeism harm the business by identifying any early signs of disengagement. At the same time, businesses need to be cautious about not letting presenteeism trick them into believing that employees are at work, as this may actually plague productivity.