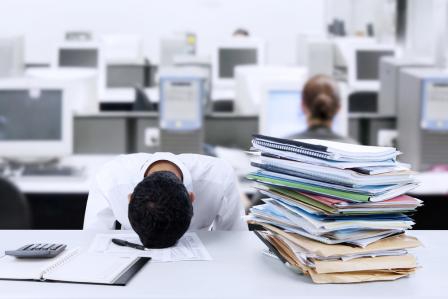 The suicide of Matsuri Takahashi, 24, was recognised as a case of death from overwork, or karoshi.

Vineet Vij, COO of Britannica, 47, committed suicide in May this year, by jumping off from the 19th floor of his Gurgaon apartment. The police discovered a note in his pocket stating that he was fed up with his life.

A few months later, another part of the globe that has been grappling with something similar, picks up media interest. The case of a 24-year-old female employee of Japan’s biggest advertising firm, Dentsu, who committed suicide last December, has recently come to light as authorities found out last month that the suicide was due to stress from overwork.

The suicide of Matsuri Takahashi, who joined Dentsu in April 2015 after graduating from the University of Tokyo, was recognised as a case of death from overwork, or karoshi. Severe work conditions were ruled to have caused her to suffer from depression. The young woman was a member of a Dentsu section in charge of online advertising. Her workload grew sharply in October, after she completed her probationary period, leading her to work some 105 hours a month in overtime, compared with 40 hours while on probation.

The entry-level employee left a number of comments on social media hinting at her harsh work conditions, including a tweet stating: “Again I have to go to work on Saturday and Sunday. I seriously want to die.”

She committed suicide on 25 Dec by jumping from a corporate dormitory.

It isn’t something that has happened for the first time in Japan. But this time, the government is looking to take serious measures against the commonly prevailing karoshi culture in the country. Well, Japan is not the only country suffering from this issue as a 2014 Towers Watson study revealed that close to half of the respondents (employees) in India reported excessive pressure at work. Around one-third of them pinned the blame on ‘overwhelming’ productivity demands from employers.

Another recent study by Fortis Escorts Heart Institute revealed that longer working hours and work-related stress are the major causes of cardiac stroke. Of 2,000 respondents in the age group of 30–45 years, 48 per cent were found to have suffered from a heart stroke due to work-related stress. During the study, it was revealed that long work hours (48 per cent), work pressure (40 per cent), work–life imbalance (32 per cent) were the top three causes of stress at work. The other reasons included lack of role clarity, personal and professional relationship conflict, inability to recognise stress and managers’ inability to fight stress.

The government and leadership teams of organisations need to have a sensitive approach towards such work culture as one can’t afford to lose their life over work. Despite many organisations investing in employee wellness initiatives, most people undergo stress, anxiety, fear, insecurity and other health issues owing to their work culture or stringent work schedules. Despite various measures, work is taking a toll on not just physical but mental wellness of employees across levels and organisations.

Japan’s largest ad agency, Dentsu which controls about a quarter of ad revenue in the country, has already taken measures to improve working conditions, such as limiting overtime to 45 hours per month above statutory working hours, and restricting office hours to between 5 a.m. and 10 p.m. However, long working hours are not unique to Dentsu in Japan or to this one country. It is an issue across geographies and businesses and needs to be dealt with seriously, or it could quietly take away many more lives.

Why Indian companies shy away from using social-media to assess culture...