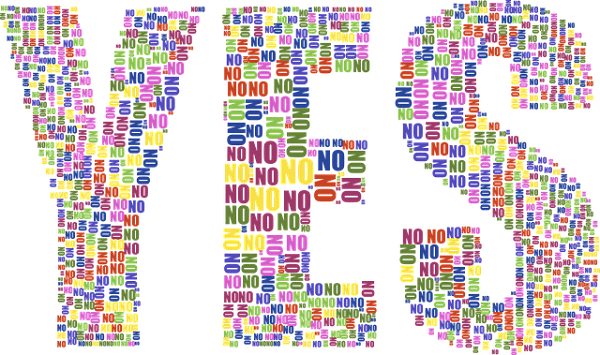 ‘Yes-Ministers’ are the blue-eyed boys of most bosses. They are loved and even trusted by their managers for their ‘never say no’ attitude.

Even during the recruitment process, they are the preferred lot. Insecure managers and leaders tend to hire ‘yes-men’ because they feel safe and comfortable with them.

Jagjit Singh, former CHRO, PWC, says, “There is a natural inclination to hire those, whom people do not consider a threat or who would not be challenging their beliefs and thoughts.”

“The so-called yes-men have their way because they suck up to their bosses. Speaking from experience, most employees wish to be tagged as ‘yes-men’ because they are responding to a culture or people in management, who elicit and reward this type of behaviour,” adds Singh.

“There is a natural inclination to hire those, whom people do not consider a threat or who would not be challenging their beliefs and thoughts.”

It’s not that only professionals prefer these yes-men, even business-owners do.

The question is, when people tend to prefer yes-men over people who would question their thoughts, why do they expect innovation and out-of-the box thinking? It isn’t justified at all.

“It’s not that yes ministers will not have solutions or fresh thought processes, but in order to remain relevant in the eyes of their managers, they just tend to remain shut and blindly follow what their leaders say, ” points out Joyeeta Chatterjee, chief people officer, Future Consumers.

Digging their own grave

This is where it turns out to be a dangerous proposition. Managers and leaders who hire yes-men in their team, don’t realise that in the long run, it’s even damaging for them.

“Thinking from a broader perspective, hiring ‘yes-men’ is not only sabotaging a leader’s career; it is even denying the organisation fresh views, objectives and perspectives,” explains Sunil Ranjhan, SVP-HR, Maruti Suzuki.

“It’s not that yes ministers will not have solutions or fresh thought processes, but in order to remain relevant in the eyes of their managers, they just tend to remain shut and blindly follow what their leaders say. ”

Not only do yes-men degrade the decision-making of the sacred cows of the organisation, but they also hamper the growth chart of the company. This is because employees end up redundantly working on the same worn-out path and there is no cell of innovation in the organisation.

Ranjhan opines, “When you bring in people who are willing to put their different viewpoints on the platter, it is like giving birth to a number of new and innovative thoughts. However, if, in a team of seven people, all of them are yes-men, then it is practically just one thought/idea being brought to the table.”

Most yes-men do what they think they need to do, in order to survive in a dysfunctional leadership landscape, where all the signals and messages confirm that dissent is bad and agreement is good. What leaders forget is that it is ultimately sabotaging their own careers only!

“When you bring in people who are willing to put their different viewpoints on the platter, it is like giving birth to a number of new and innovative thoughts.”

It is important to observe the work culture being promoted within the organisation. Do people respect other’s opinions or do they respect diversity of thoughts?

If the organisation itself is rooted in values of accepting everyone’s viewpoints and encouraging people to bring myriad solutions to the table, it becomes a bit easier for the employees to adapt to and gel in with the culture. There has to be a robust broad process, where one is able to hire people not just for the skills they possess, but also for their attitude and mindset, and their outlook towards business.

It is the leader’s responsibility to measure these things before hiring.

Leaders who do not encourage people with divergent viewpoints, do not urge their employees to challenge themselves, and are unwilling to listen to ideas which may coincide, are actually denying an opportunity to grow. They are setting up obstacles that prevent the expansion of their thinking dimensions.

“Hiring yes-men will actually ruin a leader’s career in the long run, as yes-ministers will always tell them what they want to hear and not what they should know.”

One of the many factors that contribute to a culture of yes-men, is the fact that decision-makers frequently surround themselves with ‘like-minded’ people and then reward them for constant agreement. When this happens, the team and organisation will eventually fall short of its collective intelligence, creativity and ability to innovate.

However, Aniruddha Khekale, Group Director HR, Emerson Automation Solutions India, believes that it is about hiring the right talent that will bring in original and independent thinking.

“Hiring yes-men in the long run will actually ruin a leader’s career as yes ministers will always tell them what they want to hear and not what they should know. They will have mediocre capabilities and in trying to keep their own job safe, they will hide the truth from the leaders. This way, leaders will never know when their decision-making begins to degrade,” explains Khekale.

“Another sign of leaders’ downfall is when they do not allow diverse thinking and constructive challenges around themselves. They begin to lose their integrity and their decisions aren’t counted as important,” Nalin Garg, executive director-HR, DLF.

“And when leaders have spent ‘n’ number of years in the industry, it is even more necessary to have someone around who constantly pushes the boundaries. It’s a general tendency for everyone to be comfortable in their skin, thinking that all decisions taken by them are correct,” says Garg.

“It’s a general tendency for everyone to be comfortable in their skin, thinking that all decisions taken by them are correct. Therefore, it is necessary to have someone around who constantly pushes the boundaries.”

Khekale opines, “Yes ministers know the tricks; they will manipulate their managers by constantly pleasing their ego, keeping them disillusioned. The business over a period of time will lose steam and it will bring down overall performance.”

In a nutshell, no matter how tempting it may be to look for talent that may appear ‘cooperative’, every leader needs to be cautious about ending up with a ‘yes minister’ on their team.

Why Signify wants to hire more women in its sales team