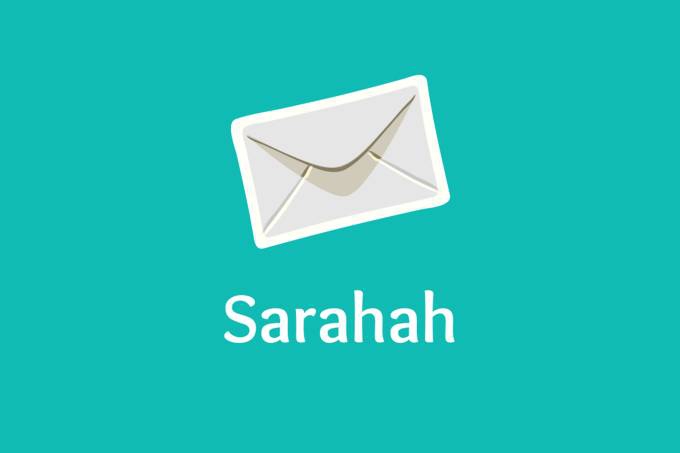 Will this tool, meant for giving constructive feedback, end up encouraging backbiting?

While the Internet and technology have enabled a lot of positive and productive tasks, infusing convenience and intelligence into various processes, not everything about them has been nice. Blame human subjectivities, judgemental nature, diverse personalities and the complex cognitive power that can play with technology, and twist it such that even the ones with the most positive intent may prove to be harmful in some or the other way.

A recent example of this is the anonymous messaging app, Sarahah, that was launched with the intention of allowing corporate employees to offer constructive feedback on their managers’ performance. It was meant to be kind of a virtual anonymous suggestions box. Launched in Saudi Arabia in November 2016, the app soon created a lot of buzz across the globe and gained so much traction that it even beat apps, such as Snapchat and Facebook in the Apple App Store.

“The strength of any organisation is its culture of openness, purpose of existence and its DNA of doing things /core values that defines it. Having an app which facilitates anonymous feedback to one another in my view does not add value either to the giver or to the receiver.”

Unfortunately,  the usage of the app turned out to be for entirely different reasons than what it was designed for. The app invites members to leave anonymous messages on other users’ profiles, with a reminder that reads “leave a constructive message :)” — mostly in vain. This reminder message and the name of the app itself, which is Arabic for ‘honesty’, are all a proof that the developer’s intent was positive. However, the app is largely being used as a tool to harass people without getting caught.

Ironically, the flaw in the whole idea behind the app is that, the one who seeks to provide constructive feedback, or drop a word of advice or compliment to someone, has no reason to stay behind the curtain. On the other hand, those looking to badmouth a person may definitely do it behind the person’s back and undercover, fearing consequences or revenge.

In a workplace, where people dynamics are already so complex, imagine what anonymous abusive messages can do! Employee who receive a nameless message filled with hatred, criticism and filth may begin doubting many their own team members. They may start looking at every other person in the organisation with suspicion, and worse — may even leave the organisation on a bitter note.

Says, Rajesh Padmanabhan, group CHRO, Welspun Group, “The strength of any organisation is its culture of openness, purpose of existence and its DNA of doing things /core values that defines it. Having an app which facilitates anonymous feedback to one another in my view does not add value either to the giver or to the receiver. It creates a suspicious ground where everyone can start getting defensive. While the intention is a feedback platform it can land into a hate tool creating unwanted unrest. For any matured enterprise to succeed, open identifiable feedback is essential and offering a basis of dialogue where emotions are traded and exchanged that brings in credibility of the process with reflection it causes thru dialogue will help develop the maturity level of the system.”

Anonymity can play havoc on the Internet and can prove to be even more harmful at the workplace, if not handled with care. For instance, how should organisations deal with anonymous complaints that raise serious concerns, which may be crucial to the business, is also a big dilemma. Adil Malia, CEO, The Firm, says, “To be or not to be is literally the question — whether it is nobler in the heart to investigate an anonymous complaint, and by doing so reassure that there is no issue hidden indeed, or is it wiser to not investigate a complaint merely because it is anonymous and by doing so let serious and critical complaints remain un-investigated?”

He believes that Sarahah is designed to serve as an anonymous ‘Whistle Blower’, and sometimes there are justifiable reasons for a not so powerful individual employee to draw the attention of the management to domains of malfunctioning. However, just like everything else, it also brings along a drawback. “It appears to be grossly misused to send anonymous hate mails without trace. This has a huge potential to become a tool for defamation of the character of any leader for mala fide and vested reasons. This needs to be stopped,” he opines.

“I am unable to buy the concept of this app for now. However if the receiver of the feedback can set an optional flag status and if it can be set as a multi rater feedback of choosing x number of people from whom this can come as a pattern in a structured manner subject to minimum number of threshold feedback received & which is played back to the receiver could be a balanced way to start,” says Padmanabhan.

The debate on whether Sarahah is really a platform for sharing constructive feedback or has gradually become a safe tool for harassment is still on. But it is clear that such technologies have the potential to do more harm than good. Organisations certainly need to have more controls and regulations in place for use of such apps.

What’s the culture at co-working spaces