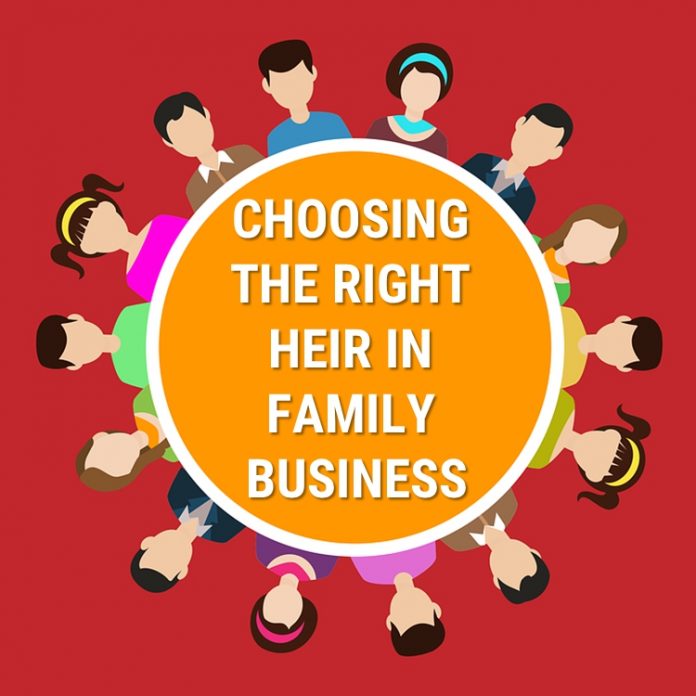 Succession planning is a must to avoid future conflicts but most companies shy away from even broaching this topic.

Time has been witness to conspiracies, murders and bloodbaths in the fight to accession to the throne. The story is no different in this modern day. Kingdoms have been replaced by family-run businesses or family-led political parties.

In the business world, it’s probably done in a more civilised way, but the conspiracy, the fight, and the ruthlessness for succession still exists.

In India, almost 90 per cent of the businesses are family owned and operated. We have had stories of how two brothers decided to divide their business empire post the demise of their father, the founder. The recent story that has been doing the rounds is of the industrialist father who now lives in penury, after having handed over the baton to his son. The debacle of failed succession is not just restricted to the family members, even professionals get it wrong — be it the Tatas or Infosys.

Not just in India, 80–90 per cent of all business enterprises in the US are family led and the generational transition of ownership has always been a tricky and complex one. In the US, only 30 per cent of the enterprises manage to successfully pass on the baton to the second generation, and only 10–12 per cent last till the third generation.

Despite such appalling stories, the fact remains that most businesses still shy away from having a proper succession plan in place. And the ones that do, often get it wrong. Probably the same mind-set prevails — my house is immune to accidents. What we hear in the news can only happen to others.

“In a family-owned business, the most important factors that need to cascade are family values and the DNA, which constitutes the ownership. While skills will be built or bought, the ownership culture needs to be meticulously succeeded for smooth business continuance and further build-up.”

Discussions on succession planning are taboo in business families. Most are not comfortable deliberating old age, death and their financial affairs. This is a topic that businesses do not generally think about until some major or life-turning event occurs. Indeed, it is complicated due to the relationships and emotions involved.

Adil Malia, CEO, The Firm, who has managed HR at several family-run as well as multi-national companies, opines, “Most family businesses tend to extend the collective undefined power distribution style to run their business operations, possibly the same way they manage their homes. Everyone does everything!”

“Business organisations unfortunately, cannot be run on the same lines. They need stronger lines of role definitions, accountability and power allocation,” he adds.

The fact is that fluid management of businesses through love, respect and affection may work for the first generation, and at best, may be even for the second generation. But beyond that, cracks start showing up and this reflects in the imbalanced and confused working of the organisation.

One of the issues facing family-run businesses is a lack of enthusiasm in the younger generation to take up the reins in what can often be a labour-intensive enterprise. It is important to know exactly how passionate the next generation is about the business. Are they willing to put in the work necessary to continue its success?

All businesses seem to be running smooth till the time the founder-entrepreneur holds the reins. The real problem starts when the founder is ready to pass the baton to a successor or dies suddenly. In a situation, where there are more than one claimants, the problem multiplies.

“In a family-owned business, the most important factors that need to cascade are family values and the DNA, which constitutes the ownership. While skills will be built or bought, the ownership culture needs to be meticulously succeeded for smooth business continuance and further build-up,” says, Rajesh Padmanabhan, group CHRO, Welspun Group.

Studies show that many business owners fail to plan their succession. When leaders serve as the head for both business and family, they may believe that their succession wishes will be carried out posthumously — simply assuming their family will know what they want to do, after their death and execute their plans accordingly.

What leaders often do not anticipate is the strife that occurs when a succession plan is not clearly in place. Commonly, the family or management team does not agree with the wishes of the leader that has passed away, resulting in dissension and chaos.

It’s true. It has been proven time and again that whenever there is an internal family conflict, what gets affected is the company culture. It becomes a fertile ground for politics, and the staff gets divided. There is a tussle for power, and people who are in close proximity to either of the factions get benefited through promotions and extended roles. Business decisions are not taken on the basis of merit; personal egos take precedence.

“Newer generations bring in their own thinking, as well as new and more tech-driven business ideas. But what keeps the family and the ownership together are the principles on which the business stands, and the family wisdom,” asserts Padmanabhan.

“Thus, at some stage, consideration for economic valuations and shareholding takes over and tends to over-run the emotional values that bind the families together. Unless clear lines of succession are defined, businesses tend to crack, thus impacting the cohesive working of the enterprise.”

Family-owned businesses need strong succession builds to continue the good traditional work and top up with new-age builds, if required. Ownership succession also provides stability to the enterprise at large, and for all the stakeholders concerned.

Another point of contention is dividend distribution, in family businesses which are based on equity patterns. And this does not necessarily reflect the actual work contributions made by different family members to their businesses. Unfortunately, most family businesses are also not governed through strong family offices. These offices are not run or managed professionally.

“Thus, at some stage, consideration for economic valuations and shareholding takes over and tends to over-run the emotional values that bind the families together. Unless clear lines of succession are defined, businesses tend to crack, thus impacting the cohesive working of the enterprise,” shares Malia.

One country that has successfully managed to pass on the reins of businesses for several generations, is Japan. Japan has more than 25000 family-run companies that have been running for over 100 years.

The country follows an “ie” system. The family chairman/ CEO governs the business as well as his family, and owns all the shares. He and his wife are the only legal representatives of his family. All other members of his immediate family and the household/ company/ organisation are secondary. At the end of his life, he will pass on the business to one person of his choice, who will be the next chairman/ CEO, the next head of the family and the owner of all the shares. In this way, the lineage is kept clean and controlled. Till today, there have been no cases of splitting of company assets among children; the winner takes it all.

The country also has a culture of passing business ownership to a son-in-law or an adopted son without blood relationship, as long as the adoptee agrees to take on the family name. The country has only benefitted from this culture.

Probably there a few lessons to be learnt!

How to score in a B-school admission interview