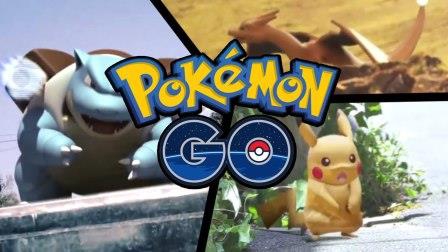 The globally popular game, based on augmented reality, has some important lessons for organisations too.

The super hit Augmented Reality (AR) based game Pokemon Go is making the world go crazy ‘catching them all’. People playing the game admit that it is highly addictive and that it immediately creates an urge to catch more of the Pokemon creatures as soon as one gets into the game. No wonder, people are even playing the game at work— in the office corridor, cafeteria, break-out areas. It is easy to spot someone aiming a poke ball at a Pokemon character standing right beside one! Something that has gained so much attention and popularity the world over, has some hidden lessons for organisations too, for sure. Let’s find out.

Let employees be a part of the organisational story

Virtual or augmented reality gaming and good storytelling are similar in one way—They both allow people to become a character living that experience. Just as Pokemon Go allows players to catch Pokemons, making the monsters a part of their own surroundings, organisations also need to set the context right to enable people to perform well in whatever settings they are in.

Abhijit Bhaduri, chief learning officer, Wipro, says, “Like people get immersed in a good story right away, organisations also need to design imaginative programmes to help create that kind of an experience for employees, where they feel associated with the company. For instance, induction can be designed in a way that makes employees feel like a part of the organisational story.”

Create an environment of gaming

Be it Pokemon Go, Farmville or any other game that has caught the attention of people, the fact remains that games encourage competition, a desire to compare oneself with where others stand, an urge to keep moving a level up, an itch to win and most of all to have fun. Organisations could also look at creating an environment that’s fun to work, alongside healthy competition, with the right motivators to help people stand out and keep levelling up constantly.

Pokemon Go is about catching as many species of Pokemon as one can, train them, develop them and ultimately battle them with others at the Poke gyms. In short, the game makes people go out of their homes in search of Pokemon creatures and then at places where they meet with other players for bigger challenges.

Similarly, “It’s important for organisations to help employees build social skills by creating an environment where people can go beyond their teams and strike meaningful conversations with other colleagues, resulting in cross-functional learning and networking,” says Chandrasekhar R, former executive vice president – learning and development, CSR and chief values officer, HDFC Life. He also believes that game-based learning has the highest success in terms of applicability.

Augmented reality, or the coming together of virtual reality and real life is soon going to be inevitable for organisations looking at deploying gamification for training and skill development.

Bhaduri shares, “Augmented reality can be used for training people on the field – for example surgeons or mechanics. It can also be deployed in classrooms for sharing real-time feedback and for training people on negotiation skills. Augmented reality and virtual reality are going to be very powerful tools for imparting new skills in people, in the coming times, if not immediately.”

Design policies and programmes with a pull factor in mind – Most organisations follow a set hierarchy and a top-down compliance-based approach, which at times results in forced policies or practices that people are expected to follow without raising a brow. Games like Pokemon Go, on the other hand, go viral due to the pull factor in them. Organisations and leaders also need to understand that people will happily assimilate any proposition that offers them something in their interest — be it flexibility, exposure to new opportunities or challenges, learning or career growth.

Whether or not Pokemon Go is just a fad or the madness will stay, these tips are surely going to go a long way in ensuring organisational success and happiness. So, while the world goes hunting for Pokemon creatures, organisations have the chance to build a better future!

The CIO-CHRO winning team of automation – How do the two...