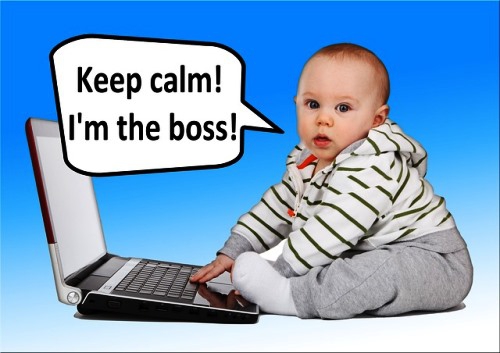 The workplace today has vast generational differences, often leading to conflicting opinions and rough situations. Here is how one can make the environment more conducive and collaborative.

All said and done reporting to someone younger in age is not an easy situation to be gulped, especially in India and Asia, where age has a ‘superiority’ and ‘seniority’ connotation, both culturally and socially. However, in today’s workplace, technological advancements and new-age skill sets have put younger people in leadership roles.

A survey by CareerBuilder estimates that 34 per cent of people around the world work for a younger boss.

The workplace today has vast generational differences leading to varying perceptions from both ends, with both parties feeling strongly and on a constant defence to prove each other better.

“Dealing with a younger boss is perhaps one of the most difficult work-related issues today, primarily because of generational differences and secondly the experience – both perceived and real,” says, V Ravi, vice president & head, L&D (RPMG,) Reliance Industries.

According to psychologists, the relationship between a younger boss and an older underling raises issues of dominance and submission. There are instances of grumpy moods and both sides are often clueless about how to deal with the other half.

Though, in the Indian society we have always been taught to respect our seniors and elders, in a professional environment, one can’t just expect respect because of one’s age. The fact is that younger bosses are often bundles of energy and carry a plethora of innovation as baggage which makes them highly efficient leaders. However, the conflict starts when the senior subordinate starts questioning the authority of someone, who has half the experience than her/him.

“The superior–subordinate relationship is like any other relationship, with trust forming its core,” quips Santosh Rai, Sr. Dy. General Manager L&T Special Steels and Heavy Forgings.

“As individuals, we should be aware of the purpose of our professional standing. Introspection of talent is paramount. Instead of being reactive, one should work on the sharpening of skills and correction of behaviours so as to contribute better and be meaningful for the organisation and society,” he adds.

This fundamental thought process satisfies all egos, and in this way, the person becomes indifferent to external trivial aspects of reporting relationships.

The sooner the older subordinate accepts the fact that it is better to align with the younger boss than to be sluggish, based on the old legacy; half the problem will disappear.

The feeling of being uncomfortable in this unconventional relationship is not always for the older member. There could be occasions, where the younger boss lands up in an awkward situation. The person may feel intimidated by the level of experience the older member brings to the table.

“Only then can the subordinates’ deeper skills complement or supplement that of the younger boss,” he adds.

After all, the situation has changed at our homes as well. Today we have younger ones in the family advising the seniors on many aspects. Maturity means being open to discussing things with younger bosses and making the relationship authentic.

However, the onus of maintaining a healthy relationship is not only on the older member in the relationship.

The younger boss should respect the senior team member’s past works and request his/her support for future assignments. The older subordinate’s experience and exposure in the organisation can give the younger boss, the required credibility. It’s because the older subordinate has the tacit knowledge, as well as the historical information which could play an important role in navigating the organisation, its people or processes, and most importantly handling the dynamics within and tackling typical situations.

In addition, the younger boss should take care of certain things while dealing with the older subordinate.

First, the assignments to older subordinates should be given as per their experience and strength. This will give them confidence to work further.

Second, before implementing any new process or plan, information should be shared well in advance with the older subordinates, so that they feel important in the system.

Besides, at the time of assigning any responsibility, special care should be taken on the mode of communication and languages, so that the older generation does not feel neglected.

A younger boss must always remember that the older subordinates are in their roles or positions in the organisation because of several circumstances. This situation could happen to her or him as well in the future.

A successful organisation is a combination of brain and experience.

Save a seat for ’empathy’ on the board