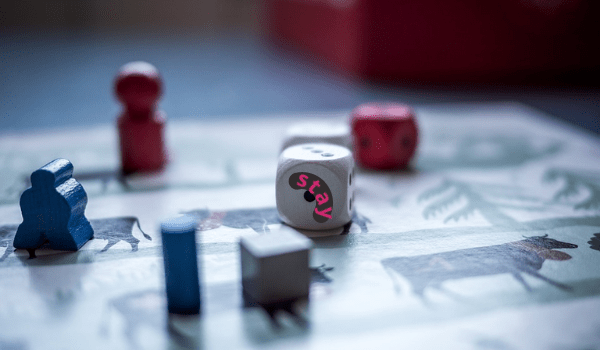 Netflix, the streaming giant, had introduced a ‘keeper test’ a few years back to determine how much effort a leader or manager would put in to stop a team member from quitting. In the organisation’s own words, “If one of the members of the team was thinking of leaving for another firm, would the manager try hard to keep them from leaving?”. If employees failed the keeper test, they would be honourably paid a lavish severance package and the organisation would then go looking for a replacement who could make the team better. Neil Hunt, chief product officer, Netflix, was relieved from his position when he failed such a test, after an 18-year long tenure with the Company!

In case of Hunt, as per reports, Reed Hastings, CEO, Netflix, felt that the Company apparently had grown past its need for him. The test basically examines the managers’ assessment of each person under them, and how far they would go to retain them. A candidate would fail the test if the manager failed to root for them. It sounds extreme when a person’s fate is decided merely by a manager’s understanding and inclinations. Will such a scheme work in the Indian context? HR leaders we spoke to are quite divided on the subject.

“At times it’s not the habit of an organisation but the individual character which creates bias and a halo effect.”

Adil Malia, CEO, The Firm, believes in the new business normal — every resource has to justify its contributions to the creation of value through the process of fulfilling the enterprise’s purpose. Especially when times are tough, resources are scarce, budgets are challenged and loyalty is measured not in terms of time spent by an associate in an organisation but by his ability and passion to make continued contributions.

“One’s contributions over a sustained period of time in a particular organisation should ideally make one contribute much better to value creation. Hence, the more senior an employee, more the chances of his contributions being ‘X’ times higher than any new associate if he is agile, drives passionately, is innovative and has a learning mindset. He would thus end up being a natural choice to retain, given a Keeper Test. However, one cannot keep relying on past contributions and historical performances. One has to be current, relevant and contributing all the time,” Malia points out.

Citing the example of MS Dhoni’s performance in the recently concluded IPL 2020, Malia reasons that everyone would have loved to not see him end his illustrious career panting on the field but walk away as a legend. “Beyond a point, the question to be asked is, ‘What is the cost one has to pay to retain a vintage celebrity vs the performance and contributions he can make to the organisation?’ The Keeper Test has relevance from that perspective.”

“It isn’t the star performers who actually create an organisation but the sustainers, who are anything between ‘average’ to ‘higher- than-good’.”

In the new challenging business model, no one gets to keep their job for free. But Malia does caution, “One has to be mindful that one is dealing with human beings who are nothing but pure bags of emotions. Empathetic leadership has to be mindful to maintain the balance. Just a one-off bad performance cannot lead to the ‘Keeper Test’ suggesting a hand shake. However, if depleting competencies and capabilities are observed over a period of time, dragging people on a career ventilator is not justifiable”.

If an organisation only aspires for star performers, the competition will get stiffer than it already is. One-upmanship to evolve continuously and more than the others may create an unhealthy work culture, where everyone is at each other’s throats. That would breed job insecurity rather than helping the organisation’s progress. Debjani Roy, chief HR officer (as advisor), Mind Your Fleet, feels it is a great idea to ensure a good hire, but it shouldn’t be done at the cost of a good performer. “It isn’t the star performers who actually create an organisation but the sustainers, who are anything between ‘average’ to ‘higher- than-good’. They are good managers who need to be there. Askew that ratio for a higher number of star performers, and people will be reaching out for each other’s throats as there will be too much aspiration and ambition, because it gets tougher at the top. Conversely, the middle rank or the sustainers, have mediocre or average aspirations. They want to do better than each other but their ambition doesn’t reach the sky. Their vision and the company’s do not spiral out.

Do organisations need both in certain proportions, then? Roy feels the question should be, whether they should push the good to be better and better to be a star, and “in the process, maintain the semblance of decorum and sanity so that we don’t get an organisation structure where people are clawing each other out.” However, while she will be very cautious about the policy, she would not dismiss it altogether. “We all like to be part of meritocracy. There’s no place for mediocrity, or people lazing around in organisations today. As a result, I would rather wait and see how it pans out,” Roy adds.

It also brings to the fore one other challenge. There will always be someone better than the existing employee in an organisation. How long will a company continue to not fight for the existing employee and keep looking for a better hire? This cycle will be endless. What if one realises that the person who seemed like an excellent candidate for the job is not actually up to the mark? Hence, it leads to a lot of unanswered questions. Anil Mohanty, head – people & culture, Medikabazaar believes it is practical in project-based recruitments where people with certain skills are needed. “In a project-based organisation, certain profiles are required. When it is complete and one is in the study phase, skillset or competency may be different than during the project phase. So, a person hired may only be good for a particular project, so even if a person performs as per expectations, we cannot establish that we have a better guy whom we can also look at,” Mohanty asserts.

He also feels such decisions are individual-driven rather than an organisation’s opinion. It can lead to biases where a manager may praise at one instance, and then look to replace them just because the person slipped at some other point. “It varies from individual to individual. Recently, I was in a meeting where somebody said ‘this guy is good at his job but I need a better prospect’. What’s that? At one point of time one is sure the person is a star performer and the very next moment, one realises one needs a better guy? So, at times it’s not the habit of an organisation but the individual character which creates bias and a halo effect,” reveals Mohanty. He also broaches a legit concern about how it can be guaranteed that the supposed great hire will not become redundant a few years down the line.

“if depleting competencies and capabilities are observed over a period of time, dragging people on a career ventilator is not justifiable.”

One of the biggest effects of this policy could be increasing job insecurity in employees. That is because if one is looking for a change, the HR managers will start thinking whether or not the person is worth fighting for. Even after so many years of loyal service, the manager is still evaluating the person’s effectiveness in the organisation. Roy explains, “We play with human psychology when we are dabbling with aspirations and career progressions. I remember in one of my past organisations, I had proposed a succession plan in the form of a heat map. Red, yellow, orange on the map against the tested positions showed whether we had a ready successor or not. It would present urgency to the management, highliting where the succession planning was at that point of time. Just that suggestion itself had become such a big issue. Many managers felt insecure because they believed the whole exercise was about striking down their positions. And here one is talking about a scheme where it will differentiate between one
crop of managers and another.”

HR leaders therefore believe that rather than running after a great hire, the organisations should think about enhancing the performance and skills of the good performers because replacement cannot be a solution.

Dealing with sexual harassment at the workplace: Lessons from the EY...